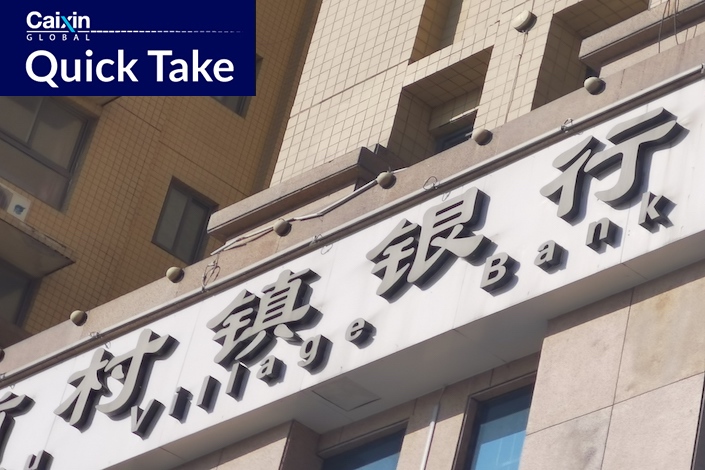 It was the first official statement from top policymakers on the issue since a half-dozen village banks in Henan and neighboring Anhui province in mid-April denied customers’ access to tens of billions of yuan of deposits.

While authorities are investigating allegations of criminal fundraising as the banks attracted deposits from all over China by offering lucrative returns, local financial regulators announced a plan to reimburse certain depositors earlier this month.

On July 25, a second batch of customers of five village banks in Henan and Anhui received reimbursements. A customer told Caixin that the payment came in more smoothly than the first batch. Depositors generally said they expected the repayment process to accelerate after the Politburo voiced its stance on the matter.

Initial investigations found that a criminal group led by the controlling shareholder of private company Henan Xincaifu Group Investment Holding Co. Ltd. is suspected of using the village banks to carry out illegal deposit-taking since 2011. The gang is thought to have gained control of the lenders through illicit means, sold financial products through their own platform and set up shell companies to conceal information, the police said.

Authorities arrested several dozen people linked to the scandal. At least three officials from Henan and local banking regulators are also under investigation, according to Henan graft busters.