CX Daily: The Challenges Ahead for China’s Digital Yuan 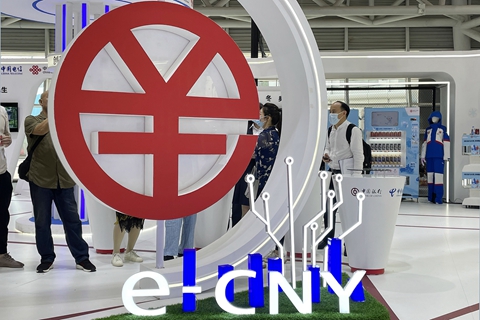 Cover Story: The challenges ahead for China’s digital yuan

In three years of experiments, China’s central bank has made significant progress in developing its central currency.

Total transactions since late 2019 reached 83 billion yuan ($12.3 billion) as of the end of May. Nearly 4.6 million merchants across China have come to accept the digital yuan, known as the e-CNY, as payment. People have used it for shopping, dining, personal finance and business uses such as paying taxes and wages.

Search and rescue work at Longcao valley was near completion as of Sunday afternoon, while one person was still hospitalized with minor injuries at a local hospital, according to the Pengzhou city publicity department.

It’s the fourth consecutive month of record high unemployment among urbanites from 16 to 24 years old, with the rate increasing 0.6 of a percentage point from June.

China will allow insurance companies to replenish capital by selling perpetual bonds startingnext month, providing a new tool for the under-pressure industry to comply with higher capital requirements amid a Covid-disrupted economy.

Many insurance companies, life insurers in particular, need to boost capital as new regulations that went into effect early this year raised the bar for what constitutes core capital — the capital that an insurer has to absorb losses, even in the event of liquidation. The tightened regulations, announced in December, have significantly reduced their core-capital levels.

An anti-graft storm continues rattling the banking sector in central China’s Henan Province after a multibillion-dollar scam swindled thousands of depositors across the country.

New U.S. restrictions on the export of semiconductor design software will have little immediate effect on Chinese chipmaking, analysts said, but could throttle the nation’s research into the next generation of advanced semiconductors.

While they do not mention China by name, the new rules are seen as the latest in a string of measures by which Washington is trying to constrain the country’s push to develop its semiconductor industry, which Beijing sees as a strategic priority.

Huawei Technologies Co. Ltd. booked its first quarter of year-on-year revenue growth in the three months ended in June after six quarters of declines dating to late 2020, as its business diversification helped to offset the impact of U.S. sanctions on its smartphone sales, according to the company’s data released Friday.

The Chinese tech giant posted 170.6 billion yuan ($25.3 billion) of revenue in the second quarter, up 1.43% from a year ago, according to Caixin’s calculation, an improvement over a steep 14% first-quarter year-on-year drop in revenue to 131 billion yuan.