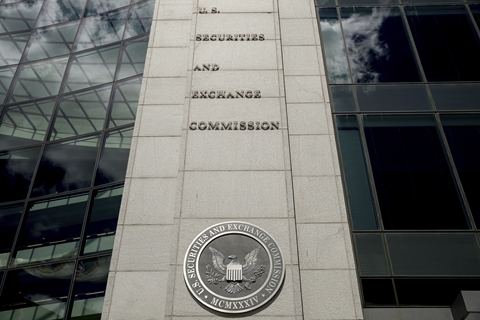 In Depth: SPACs appear to lose shine in Singapore and Hong Kong

Special purpose acquisition companies (SPACs) appear to be losing their luster in Hong Kong and Singapore after the bloom already came off the rose in the U.S. amid expectations of stricter regulations and bearish sentiment in global financial markets.

This alternative listing route was all the rage in the U.S. in 2021, when IPOs by SPACs raised more than $160 billion, roughly double the figure in the previous year, according to the U.S. Securities and Exchange Commission (SEC).

China’s top envoy in the U.S. urged Washington to refrain from further inflaming tensions over Taiwan by taking more political and military action after House Speaker Nancy Pelosi’s recent visit to the island.

Speaking to a group of U.S. reporters Tuesday, Chinese Ambassador Qin Gang called on the country to “exercise restraint” and not do anything to escalate tensions as any move infringing on China's territorial integrity and sovereignty will force Beijing to respond.

At least 16 people have been killed and 36 others are still missing as of noon Thursday after flash flooding in Northwest China’s Qinghai province, state media reported, as torrential rains continue to pound parts of the vast province.

Chinese mutual fund managers have been slashing the valuations of some Hong Kong-listed property stocks included in their exchange-traded funds (ETFs), reflecting what they believe is the fair value of the shares, which are all currently suspended.

HuaAn Fund Management Co. Ltd. is one of the latest to announce temporary write-downs. Shares of China Evergrande Group and its property services unit Evergrande Property Services Group Ltd. each have a fair value of just HK$0.01 (0.13 of a U.S. cent), the manager said, compared with market prices of HK$1.65 and HK$2.30 respectively before trading was suspended back in March.

Thousands of visitors to Tibet trapped by Covid test bungles

As Tibet struggles to contain its first Covid-19 outbreak since early 2020, its testing capacity has fallen short, leaving thousands of travelers stranded in the remote western region of China during peak tourism season.

The outbreak that started last week has grown to more than 3,400 infections as of Wednesday, according to national and local authorities, forcing officials to use mass testing and lockdowns as they try to stop the virus from spreading further.

Southeastern China’s Guangdong province will kick off five coal-fired power projects with construction to start by the end of September and production by the end of 2024, Caixin learned from sources.

China’s regulators asked a state-owned credit support provider to put up financing guarantees for certain developers as part of efforts to shore up a real estate industry that’s mired in a liquidity crisis amid slumping housing sales.

The Nasdaq-listed company reported a net loss of $142 million in the three months ending June, widening from $53 million in the same period of last year, according to its earnings report released Monday. The carmaker, founded by controversial Chinese businessman Jia Yueting, had an accumulated deficit of $3.2 billion on its balance sheet as of June 30.