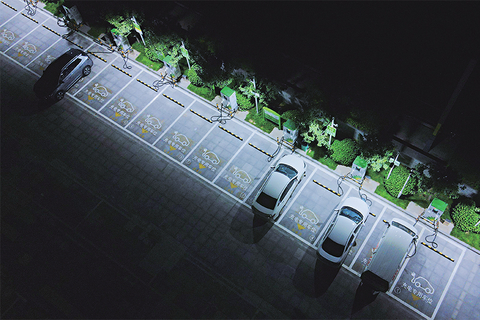 Local EV brands are popular in China, holding around four-fifths of the market in the first seven months this year, according to the China Passenger Car Association.

As China winds down the generous consumer subsidies that helped its market for new-energy vehicles surpass that of any other country, the landscape is shifting.

While the largest players — Tesla and homegrown giant BYD — look set to hold on to their leading position for now, the second tier of companies faces increasing challenges.

The U.S.-traded trio of companies that make up the second-string — Nio, Xpeng and Li Auto — are seeing their first-mover advantage erode.

Xi and Putin vow to have each other’s back

Chinese President Xi Jinping and Russian President Vladimir Putin hailed “close and effective” coordination between the two countries at their meeting Friday in Uzbekistan, according to a statement issued by the Chinese Foreign Ministry.

The leaders vowed to work together to uphold regional security and stability while backing each other’s core interests, the ministry said. The two presidents met on the sidelines of the 22nd Shanghai Cooperation Organization (SCO) summit in the Uzbek city of Samarkand, which concludes Friday. It was their first in-person meeting since Russia invaded Ukraine in February.

South Central China’s Hunan province, one of the nation’s top rice producing areas, is expected to suffer severe drought in the early fall as no rain and higher-than-average temperatures are forecast for the next 10 days, according to the local water resources department.

About 80% of the landlocked province, the size of of Utah in the U.S., is expected to experience severe drought, and 35% of the area is likely to suffer extreme drought, the water resources department said.

The announcement (link in Chinese) came less than two weeks after the country’s top graft watchdog said Wang had been expelled from the Communist Party and dismissed from public office for serious duty violations and alleged bribery.

In the latest brief statement, the financial veteran faces a new charge of concealing overseas savings, a crime mentioned far less than bribery in such cases.

The provincial government instructed the business to reduce use of electricity by 15% to 30% starting Thursday, which is expected to slash 800,000 tons to 1.6 million tons of aluminum production capacity, industry insiders told Caixin.

Starbucks to make China its biggest market by 2025, surpassing U.S.

Starbucks Corp. plans to open 3,000 stores in China in the next three years, bringing the total to 9,000 locations and pushing China past the U.S. as the coffee giant’s biggest market by 2025.

China is currently Starbucks’ second-largest market, with 16% of global stores and accounting for 7% of total revenue in the 2022 second quarter. The company aims to double its China revenue by 2025.

China’s internet watchdog published a draft of a revised Cybersecurity Law that would step up the financial penalties for violating data privacy and security rules.

The Cyberspace Administration of China (CAC) Wednesday revealed a series of amendments to the law, including raising the cap on fines from 100,000 yuan ($14,467) to 1 million yuan for various cybersecurity violations, including those that could “endanger network operation security.”

How China can chart a path forward in international trade