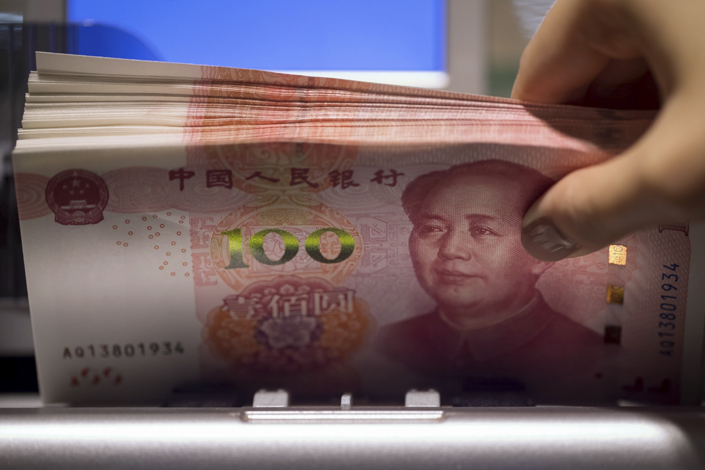 Even as the yuan slumps against the U.S. dollar, its global popularity is growing as it makes deeper inroads as a currency of choice for international transactions and sales of offshore yuan-denominated bonds surge.

The currency is increasingly being used to settle trade with Russia as Moscow seeks to bypass Western sanctions aimed at cutting it off from the global financial system.

Saudi Arabia, which sold 26% of its crude oil exports to China in the past three years, is reportedly considering pricing some of its contracts in yuan, and Iran has been accepting payment from China for its oil in yuan since 2012. This year some Indian companies have started paying for coal imports in yuan rather than U.S. dollars.

President Xi Jinping said China will build a stable supply chain system with Vietnam and encourage technology companies with “strong capability and good reputation” to invest in the Southeast Asian country, according to the Ministry of Foreign Affairs.

Xi told Nguyen Phu Trong, general secretary of the Communist Party of Vietnam, that China is willing to accelerate strategic cooperation plans with Vietnam and promote the interconnection of the two countries.

The Caixin China General Manufacturing Purchasing Managers’ Index (PMI), which gives an independent snapshot of the country’s manufacturing sector, came in at 49.2 in October, up from 48.1 the previous month. Readings lower than 50 indicate contraction.

Privacy protection is one of the most important issues in the development of China’s digital yuan, also known as the e-CNY, the country’s top central banker said

A billboard pitching a food brand endorsed by actor Jiang Wen at the subway exit of People’s Square in Shanghai on Oct. 17, 2022.

The spinoff is a bold move by the Volvo AB owner, floating the subsidiary at a time when investor sentiment toward China’s major EV startups such as Nio Inc. and Xpeng Inc. is cooling, wiping billions of dollars from their market capitalization.

That came after state-backed property developer Greenland Holdings Corp. Ltd. warned investors it will most likely default on $362 million owed on a note maturing Nov. 13 unless it is granted an extension, citing the impact of Covid-19 and sluggish real estate sales.

Opinion: ‘Walking back home’ should not happen again