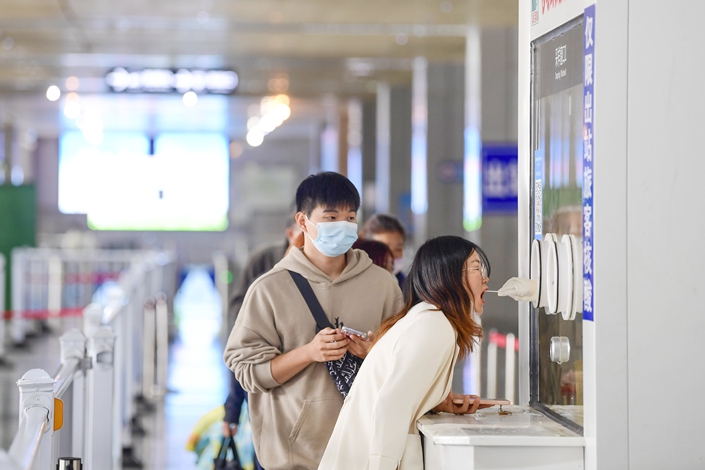 Major cities across China including Beijing, Shanghai and Guangzhou further eased local Covid-19 restrictions on travel and quarantine after the country announced sweeping changes to its virus control regime.

Starting Thursday, people entering Shanghai or Nanjing no longer need to take a Covid test on arrival or be tested daily during the following three days, according to statements issued by local authorities. The strict measures discouraging travel had been widely implemented in China since September.

Shanghai also scrapped the requirement that travelers report their travel plans to relevant staff before and after entering the city as well as the need to take a test on the fifth day after arrival.

China’s central bank added 32 tons of gold worth around $1.8 billion to its reserves, the People’s Bank of China said Wednesday, the first increase it has disclosed in more than three years.

Over a dozen provincial-level regions in China released detailed action plans on achieving peak carbon emissions by 2030, with the southwestern province of Guizhou and North China’s Inner Mongolia autonomous region among the most recent to make announcements, public information compiled by Caixin showed.

Guizhou will aim to make nonfossil fuels account for about 20% of its total energy consumption by 2025 and 25% by 2030, according to its plan issued in November. The province also set a target of lowering its carbon dioxide emissions per unit of GDP — also known as “CO2 emissions intensity” — by more than 65% by 2030 as compared with 2005.

The overseas push shows how Chinese trade companies are trying to find their feet as exports have declined, shrinking in November by the highest rate since the early days of the pandemic in China.

British businesses are girding for new disruptions caused by an expected surge in coronavirus infections after an overhaul of China’s “zero-Covid” policy, British Chamber of Commerce Chairman Julian MacCormac said Thursday at the launch of the group’s fifth annual sentiment survey.

It comes a day after China announced a new 10-point plan to ease virus restrictions including lifting testing requirements for domestic travelers and allowing those who fall sick to quarantine at home in most circumstances rather than in centralized facilities.

Alibaba Group Holding Ltd. co-founder Jack Ma resigned as president of the General Association of Zhejiang Entrepreneurs, a position he held since 2015.

The Chinese billionaire was the first president of the nonprofit organization formed by Zhejiang businesspeople in 2015. Nan Cunhui, chairman of electrical components manufacturer Chint Group Co. Ltd., was elected as the new president Wednesday, the association said.