By Huang Ziyi and Song Shiqing 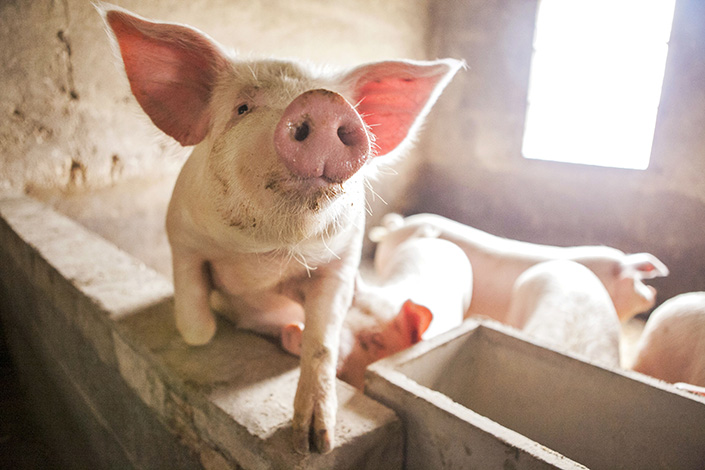 The Ministry of Agriculture has clarified stringent guidelines aimed at curbing pollution from livestock breeding, after many provincial authorities were found to have enforced regulations so radically that they put farmers out of business. Photo: IC

(Beijing) — The Ministry of Agriculture on Thursday was forced to reinterpret stringent guidelines aimed at curbing pollution from livestock breeding, after many provincial-level authorities were found to have enforced the regulations so harshly that they put farmers out of business.

The central government had moved to rein in pollution from the livestock industry last year, introducing a new regulation and two guidelines prohibiting locations where the breeding of livestock and poultry can take place.

Nineteen provincial-level governments implemented the plans to set up designated areas where breeding would be strictly prohibited, including scenic spots, residential areas and protected water sources, forcing farms in these areas to close or relocate.

Under the policy, many provincial-level governments adopted oversimplified or crude criteria to expand or create breeding-prohibited areas, recklessly closing as many farms as possible without due consideration, often resulting in huge losses for local farmers, Agriculture Vice Minister Yu Kangzhen said. “Some even came up with a slogan: ‘Build a county without hogs,’ ” Yu said.

For example, Jiangxi province’s Gaoan county, one of the top 100 pig-breeding counties in the country, has closed 4,769 hog farms since October. In 2017, it expanded the breeding-prohibited areas, closing 1,726 more hog farms, official news portal People.cn reported.

Yu said the new guidelines forbade local governments from using extreme tactics to curb pollution, and that farmers in targeted areas should have been granted a transitional period instead of being faced with immediate closure. Yu also pledged “reasonable” compensation for the farmers affected by relocation or closure, but the guidelines don’t provide any details about compensation packages.

Yu also warned the problem will influence China’s livestock industry. Data from the China Animal Agricultural Association showed that domestic pig population decreased by 3.6% in 2016 from a year earlier, while pork production dropped 3.4%.

Currently, China produces about 3.8 billion metric tons of excrement from livestock breeding each year. The country aims to raise the utilization rate of livestock excrement from the current 60% to more than 75% by 2020, with all large-scale farms possessing excrement and sewage disposal equipment, according to the new guidelines.