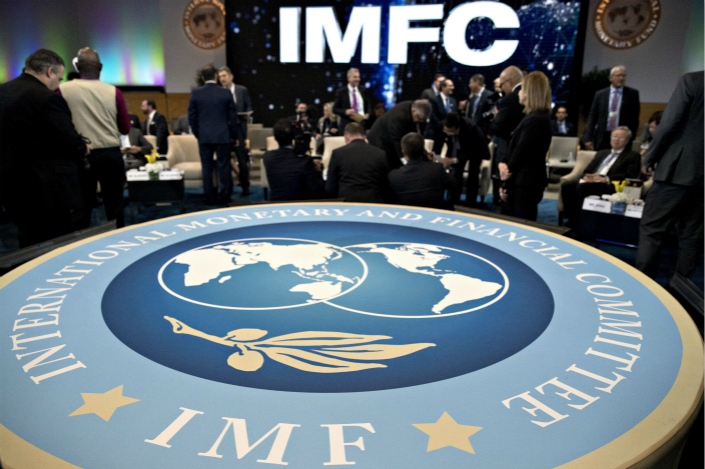 China must motivate local authorities to prioritize financial stability over high economic growth to ensure they are aligned with government policies to control debt risks and put less focus on expansion, the International Monetary Fund (IMF) said in a report Thursday.

Some of the underlying causes of financial risk in the world’s second-largest economy stem from the “overriding objective,” especially among local governments, to achieve high growth rates, which has fueled a substantial expansion in debt and “shadow banking,” the IMF said in an assessment of China’s financial system.

Although the leadership has made financial stability a top priority and authorities are aiming to shift their focus from increasing “headline” gross domestic product (GDP) to improving the quality of economic development, these efforts will not succeed “unless the incentives of local governments can be aligned with this goal, notably by improving social safety nets to reduce the social costs of higher unemployment,” the fund warned in the report, which listed 35 main recommendations for Chinese authorities.

The IMF’s report is part of its Financial Sector Assessment Program, which was set up in 1999 in the wake of the Asian financial crisis of mid-1997. The assessment involves an in-depth examination of the strengths and weaknesses of a country’s financial sector, and provides recommendations to promote financial stability and reduce risks and the potential for crisis. Assessments are mandatory for 29 jurisdictions, including China, which have financial sectors deemed systemically important in that they could affect global financial stability. The last IMF assessment on China was published in 2011.

The results of stress tests carried out on Chinese banks as part of the assessment showed that many were undercapitalized, making them vulnerable to any significant financial distress, the IMF said. These institutions should raise more capital, giving them a buffer to absorb potential losses that could arise as China’s economy shifts away from its investment and export-dependent model to a more-sustainable consumption-driven path.

The People’s Bank of China (PBOC) on Thursday acknowledged the IMF report’s assessment of China’s financial system was “objective and impartial” and that its recommendations will be “considered” as the government deepens financial reforms.

However, the central bank downplayed concerns on the banking system’s ability to cope with crisis, arguing that the report failed to fully capture the results of the stress tests on Chinese lenders, according to a statement released in response to the IMF publication.

The country’s nonperforming loan ratio is unlikely to be underestimated, given the recovery of corporate earnings, including those of state-owned enterprises, since the beginning of this year, and that the repayment of “many” local-government debts is backed by income-generating assets, it said.

“Our financial system has a relatively strong capability to fend off risks," even based on an extreme scenario, the PBOC said.

China’s economic growth has been fueled by a massive buildup of debt, and the credit gap, an indicator of financial stress, has reached about 25% of GDP, which is well above its long-run trend and six times the ratio for Japan, according to data listed in the report.

“This level is very high by international comparison, and already above levels consistent with a high probability of financial distress,” the IMF said. “Reducing excessive credit expansion and debt overhang will require de-emphasizing high GDP projections in national plans that motivate setting high growth targets at the local level.”

The report said that regardless of plans to emphasize quality rather than quantity of economic expansion, credit growth is seen by local governments as essential to maintaining employment and social stability and also to supporting infrastructure investment. As authorities crack down on risks, “this creates powerful incentives for financial innovation and finding imaginative ways to finance firms despite their lack of economic viability,” the report said.

In order to reduce the pace of credit growth, the government needs to overhaul state-owned enterprises (SOEs) and allow those that aren’t viable to fail, and also to strengthen the social safety net so that the impact on the population when companies close down is minimized, the IMF said.

Speculation has grown that the government may lower the annual GDP growth target or abandon it altogether after President Xi Jinping stopped short of following his predecessors in setting a long-term economic expansion target at the twice-a-decade National Party Congress in October.

Although the government is trying to use credit and fiscal policies to support employment and the economy as the shift away from a high-growth focus continues, these policies often conflict with financial stability, the IMF said. It pointed to the problem of moral hazard that runs through the financial system based on the widely held perception of implicit guarantees to compensate losses of investors and lenders. This encourages excessive risk-taking by households, companies, local governments and financial institutions, it said.

“Banks often compensate retail investors for losses, while lenders assume that loss-making SOEs or financial intermediaries will be bailed out,” the IMF said, calling for the government to allow bankruptcies and failures, and to let the market decide the cost of capital and bear the risks. The government should also put more focus on restructuring the operations of distressed companies that could survive rather than resolving their debt problems.

Some of the other major concerns highlighted in the report were the complexity and opacity of the financial system and increasing regulatory arbitrage by financial institutions that use a variety of means to capitalize on loopholes in the system to circumvent controls. These factors could undermine authorities’ ability to measure asset quality, and to assess and mitigate risk, the IMF said, calling for the government to beef up supervision of financial institutions, especially conglomerates and firms in the fintech sector.

China announced the establishment of a Financial Stability and Development Committee (FSDC) in July, reporting directly to the State Council and chaired by Vice Premier Ma Kai, to strengthen supervision of the financial system, prevent system risks and formulate new laws and regulations to provide one unified regulatory framework.

But the IMF said a more-effective macroprudential policymaking structure was needed, and to ensure the FSDC made well-informed decisions, a Financial Stability Sub-Committee should be set up, composed of the People’s Bank of China (PBOC) and the banking, securities and insurance watchdogs, to take on the sole mandate of ensuring financial stability. “Regulators should reinforce the primacy of financial stability over development objectives,” it said.

The IMF pointed out that China’s financial regulatory agencies lack independence, have insufficient resources for supervising a large and increasingly complex financial sector, and inadequate interagency coordination and systemic risk analysis. It urged the government to provide more money to help regulators do their job, noting that the staff count at the headquarters of the PBOC and the other agencies had not risen in 10 years, while the financial sector had doubled in size.

“It is essential that the regulators expand their range and depth of skills before industry developments leave them unable to maintain meaningful oversight and authority,” the report said.

This story has been updated to add comments from the People's Bank of China on the IMF report.