By Cheng Siwei and Fran Wang 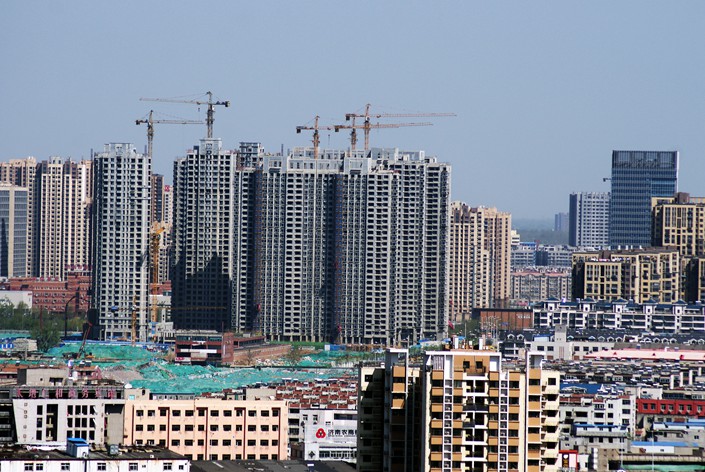 *The potential of investment in infrastructure, housing to drive long-run economic expansion has waned, according to a high-ranking researcher at the central bank

*Amid a drive to boost infrastructure spending, the senior government adviser said that the authorities should instead increase funding for health, welfare and social security

(Beijing) —The potential for infrastructure and property investment to stimulate China’s economy is limited and is not a long-term solution to supporting growth, a senior government adviser has warned, sounding a rare note of caution amid an official drive to accelerate spending to boost flagging expansion.

Instead, policymakers should lower the country’s growth target, focus on qualitative goals such as jobs and the environment, push ahead with reforms, and boost spending on health, welfare and social security, Liu Shijin, a member of the Monetary Policy Committee of the People’s Bank of China, said at a conference on Sunday.

Although investment in building roads, railways and housing can play a role in preventing a precipitous decline in growth in the short term, its potential to drive economic expansion over the long run has waned, said Liu, who is also a deputy head of the China Development Research Foundation, a state-backed think tank, and deputy director of the economic committee of the Chinese People’s Political Consultative Conference, an advisory body to the country's legislature.

Excessive infrastructure and property investment to stimulate the economy to grow at more rapid pace than its capacity allows has led to a surge in government and household debt and squeezed spending on health care, social security and welfare, he added.

Liu urged the government to moderately lower its expectations for growth and shift its focus to indicators such as employment, leverage ratios and risk control, corporate profitability, the environment and sustainable use of resources, household income growth and consumption upgrading to gauge the health of the economy.

The country needs to find new drivers to expand domestic demand, he said, calling on the government to speed up reforms to allow rural land to be traded in the same way as it is in cities, promote the flow of resources such as capital and labor between urban and rural areas, and focus its fiscal support and infrastructure investment in fields including medical care, elderly care, education, social security, and research.

Access to monopolized sectors such as oil and natural gas, power, telecommunication, railways and the financial industry should be broadened, and the opening of the services sector to foreign investment needs to be pushed forward to encourage consumption by China’s middle class, he said.

Research led by Liu at the Development Research Center of the State Council, China’s cabinet, concluded that the share of infrastructure and property investment in the Chinese economy was sharply higher than in other countries with similar levels of per capita gross domestic product (GDP), while expenditure, particularly government spending, on medical care, social security and welfare was clearly insufficient, he said.

The research also showed that growth in China’s property investment peaked in 2011-12. Stripping out the cost of land purchases, investment in real estate fell in the second half of last year and this year has had only marginal growth, Liu said. Similarly, new infrastructure investment peaked in around 2016, the growth rate has fallen ever since and has yet to stabilize, he said.

Liu’s comments on investment are at odds with government strategy over the past few months to accelerate infrastructure spending to head off a deceleration in economic growth, fueled by a regulatory crackdown on “shadow banking.” Spending is also being encouraged amid increasing uncertainty over external demand as the trade dispute between China and the U.S. escalates.

The government in March said it wanted GDP this year to increase by “around 6.5%” after expanding at 6.9% in 2017. But GDP growth slowed to 6.7% in the first half of 2018, a pace that has not been as low since the third quarter of 2016, and key economic indicators since July suggest that the cooling has continued.

The National Development and Reform Commission (NDRC), the country’s top economic-planning agency, resumed the approval of urban rail projects in mid-July after halting the process for a year out of concern they were stoking local government debt and nonviable infrastructure spending. It greenlighted two such plans worth a combined 173.7 billion yuan ($25.3 billion) in about two weeks from late July to mid-August. On Aug. 22, the NDRC and the Civil Aviation Administration of China published a list of 22 projects worth a total of 110 billion yuan in planned investment in airport construction, aircraft maintenance, airborne unmanned logistics and other deals that the government is encouraging private investors to participate in.

The Ministry of Finance last month ordered officials to accelerate sales of local government bonds to fund infrastructure construction, and an internal official circular seen by Caixin last week showed the China Banking and Insurance Regulatory Commission has scrapped a 20% cap on the amount of local government bonds banks can buy if they are the underwriter of the debt.