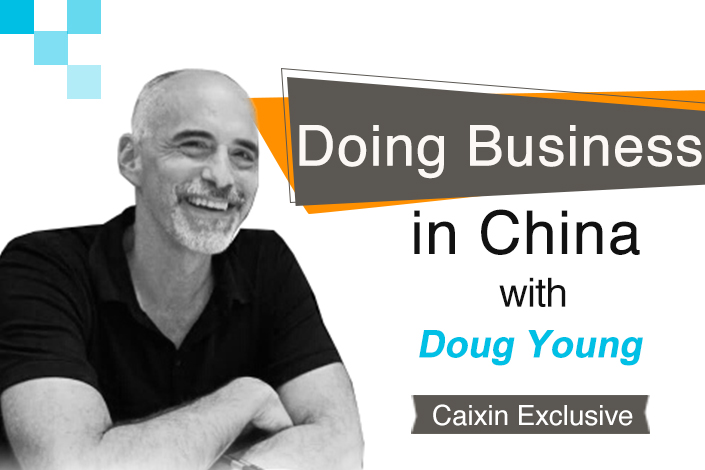 With the frustratingly disruptive National Day golden week now in the rearview mirror, I’ll turn my attention this week to a subject that will affect all of us, expats and Chinese alike, come Jan. 1, when a new personal income tax code takes effect. I never thought I would tackle such a dry subject in this column, mostly because taxes are such a complex thing that my eyes typically glaze over within five minutes of talking with anyone on the matter.

But in this case, the subject does seem to have potentially large implications for both individuals and businesses, especially those employing foreigners. That prompted me to seek the advice of a professional, and to plow through a few materials that tried to distill this complex matter to some basic points. I’ll recount a few of the highlights shortly, and ask forgiveness in advance for anything I might get slightly wrong in this highly complex issue.

The fact of the matter is that the new personal income tax law (link in Chinese), which was passed in August and replaces a previous law from 2011, is quite wide-ranging and complex. As with everything else in China, it’s prompting a range of differing interpretations that could have big implications for foreigners living and working in China.

Before we get into the nitty-gritty, I wanted to start with a bigger theme that nearly everyone I talked to raised — namely, that foreigners are increasingly seen here as less of an asset deserving special treatment as China rapidly modernizes. That fact comes through in a new tax code that increasingly treats foreigners and local Chinese the same, even though it does appear that foreigners will continue to receive some special treatment.

That has huge implications for foreigners looking to set up shop in China, or for companies that employ foreigners. China is already a relatively expensive place for taxpayers earning Western-level salaries, and that won’t really change with the new code. That says foreigners earning above 420,000 yuan per year, equal to about $60,000 at the yuan’s current value, will be subject to a 30% tax rate that won’t change from the old code. People earning taxable income above 660,000 yuan per year, equal to about $95,000, will pay even higher rates of 35%, or 45% at most. Both foreigners and Chinese earning less than the 420,000 yuan should see some actual tax relief, underscoring the fact that Beijing is most concerned about providing relief to locals in the nation’s fast-growing middle class.

From the broader perspective, China has been edging from a “Welcome, foreigners” attitude to a “Come if you want, but don’t expect us to bend over backwards for you” one over the last decade. I remember a time back in the 1980s and 1990s when foreign enterprises got extremely favorable tax treatment and all kinds of other perks, as Beijing and local governments aggressively courted them to set up shops in what was then a relatively difficult business environment.

Foreign workers were equally welcome back then, despite their higher salaries and other extra perks, since they brought skills and more professional practices compared with what was available from the local Chinese workforce.

Fast-forward to the present, when expats are more or less a dime a dozen, especially younger ones with relatively comparable skills to what’s available from the current generation of more-Westernized young Chinese. The days when people wanted to hire you simply because you were a foreigner are long gone, and expats really do need to prove their worth to both Chinese and foreign companies that can often find comparably qualified local workers for much cheaper and with better knowledge of the market.

That shows up in the new tax law, which appears aimed at leveling the playing field between Chinese and expats at the broadest level. That includes elimination of many perks, such as special subsidies, that used to be tax-free for both foreigners and Chinese. To offset some of that effect, the standard deduction — the amount of money everyone gets tax-free each month — has been raised to 5,000 yuan per person from a previous 3,500 yuan for local Chinese and 4,800 yuan for foreigners.

In addition, it appears that foreigners will be able to keep some special perks such as tax-free housing allowances and bonuses that are subject to lower tax rates than the rest of their income, according to Russell Brown, a longtime China hand who leads a local accounting practice here. He pointed out that those special treatments are part of laws specific to expats that are separate from the earlier income tax law that will soon become obsolete. It remains to be seen if those separate laws will ultimately get negated as well, Brown said. But for now at least, many are assuming those older laws giving special deductions to foreigners will remain intact.

The change that seems to be capturing attention from most expats is a clause in the new code that says anyone who spends more than 183 days in China each year will be considered a resident, with the apparent implication that the person’s global income will be subject to Chinese taxes. That’s quite different from the current rules, which say foreigners aren’t considered resident and subject to local taxes on their offshore income until after more than a year in the country. And even then, only money earned in China is subject to local taxes as long as the person leaves the country at least once every five years for more than 30 consecutive days.

Now some people are concerned that the “five year” rule might be canceled, and that anyone who spends more than 183 days in the country each year will see all of their global income, not just income earned in China, subject to Chinese taxes. Of course, none of this is official, as is often the case in China, and we are being left to guess just how things will work.

Two of my foreign contacts who have been long-time executives at both Chinese and Western firms weren’t too optimistic about the whole thing. One said his company is likely to face higher costs by having to help its expat workers offset higher taxes, while the other said he knows of at least two expats who are thinking of leaving due to the changes. “Many others are adding this as evidence to the ‘They don’t want us anymore’ chorus,” he said.