Wang Tao: What More Can Be Done After Market Unconvinced by Macro Policy Easing? 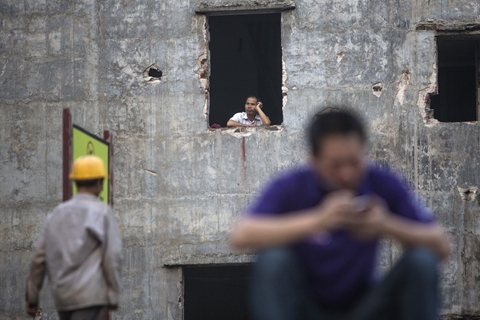 China has relaxed macro policies across the board in recent months, but the market remains unconvinced by the size and speed of policy easing while sentiment remains very weak. Infrastructure investment continued to decline; credit growth decelerated again in September; and exports are facing higher tariffs in the fourth quarter and next year. What more can be done? When might additional policies be unveiled?

There may be a difference between measures that could stabilize economic growth and those needed to revive market sentiment and business confidence.

The main downward pressures for the economy are coming from, one, earlier liquidity and credit tightening, which has not fully run its course; two, the fading of earlier government policy supports (expiration of tax cuts for automobiles, and reduction of shantytown subsidies in property); and three, higher U.S. tariffs and trade-war-related uncertainties. In addition to the above, market sentiment is also depressed by specific liquidity issues (for example, the stock pledge issue) in the A-share market, as well as mixed policy signals and the perceived fading of government support for the private sector.

In the past few months, the government has announced a lot of policy easing and growth-supporting measures. The People’s Bank of China increased liquidity offering through medium-term lending facility and reverse repos, and cut banks’ respective reserve requirement ratios (RRRs); the government took measures to encourage lending to small and midsize enterprises while local government bond issuance was pushed up to support infrastructure investment; the tight scrutiny of public-private partnership projects came to an end, and the National Development and Reform Commission called for an acceleration of infrastructure investment; asset management product (AMP) implementation guidelines were relaxed to slow “shadow credit” contraction and improve credit market conditions; the Ministry of Finance announced additional corporate tax cuts and rolled out the planned personal income tax cut; and to support exports, value-added-tax (VAT) rebates were raised.

These measures have not had much of an impact on economic activity or market sentiment. This is perhaps because, in spite of the seemingly impressive list of measures, so far policy easing has been modest and gradual as the government is weary of the negative impact on debt and financial risk from a large stimulus. In fact, policy easing so far has been mainly about adjusting or reversing the macro tightening in the first few months of 2018 rather than rolling out a new stimulus package (some tax cuts notwithstanding). While we expect broad credit growth (total social financing and local government bonds) to rebound to 11% in 2019, this is only modestly up from the 2018 pace (10.5%) and still much weaker than the 13.6% in 2017. In contrast, credit growth more than doubled in 2008-09 to over 36% and increased by over 4 percentage points in 2015-16 from trough to peak. We expect the augmented fiscal deficit to widen by only 0.5 percentage points in 2019, compared to 2 percentage points in 2016, though it could increase should worse economic data trigger a bigger stimulus.

Also, policy easing seems to be taking longer than usual to have an impact. It usually takes time for policies to work, but the transmission seems particularly slow this time. This is in part because controls on local government debt, including local government financial vehicle (LGFV) borrowing, remains tight and tougher environmental and other standards are still in force (though eased marginally in recent months). Even though special local government bond issuance surged in August and September, the proceeds have not been deployed quickly (and a large share is for land-reserve purposes, not for infrastructure). Although banks are asked to increase lending, some (smaller) banks face capital constraints, while others remain reluctant to lend to risky entities the way they did before. In recent years, much of the credit expansion was through shadow credit, which is under tougher controls and can no longer expand rapidly even as easing of AMP guidelines led to a slower contraction.

What more can be done to lift growth?

We think more infrastructure spending, helped by additional RRR cuts and stronger easing signals, including a bigger budget deficit, expansion of special local bonds and relaxation of controls on implicit local government debt, can help arrest the downward momentum and stabilize growth. Even after its recent expansion, China’s overall government debt is below 70% of gross domestic product (GDP) and has fiscal space to stimulate the economy. Stronger and clearer easing signals from the senior leadership may be needed to push local governments and banks to quicker action, coupled with more explicit government spending. However, this may happen only after data have deteriorated further, perhaps in mid-December or after. We expect to see much of the impact in the second quarter of 2019. Even then, we think the need to contain medium-term financial risk and narrower space for additional large-scale infrastructure spending will limit the size of any new stimulus.

An additional corporate tax cut may have very limited impact on short-term growth, but it should help boost corporate earnings and market sentiment. The Ministry of Finance is reportedly considering an additional corporate tax cut after rolling out 1.3 trillion yuan ($187 billion, or 1.5% of GDP) in corporate tax and fee cuts and personal income tax cuts this year, some of which will come into effect in January. Reportedly, there may be additional cuts to the VAT and corporate profit tax, as well as corporate contribution to social security, totaling more than 1% of GDP. In addition, media reported that authorities may consider cutting the automobile sales tax by half again to revive flagging car sales. An announcement of tax cuts may come as early as mid-December and is likely to be largely rolled out after March’s meeting of the National People’s Congress.

We don’t expect the government to ease property policies notably nationwide unless property starts and construction collapse, which is not our baseline for 2019. That said, some cities may ease restrictions at the margin next year. Of course, further general easing of liquidity and credit may indirectly help the property sector.

Many market observers believe China could let yuan depreciation help offset higher tariffs and support growth, but we think the Chinese government will not actively use the exchange-rate tool over fear that such a move would trigger more capital outflows, damage market confidence and bring financial instability. That said, we expect the government to let the yuan depreciate modestly in 2019 and expect the yuan to trade at 7.3 per U.S. dollar in our baseline forecast and at 7.5 if the U.S. imposes tariffs on all Chinese exports.

More policy easing, a bigger stimulus and additional tax cuts will certainly help. More importantly, we think that senior leadership’s strong and unequivocal support for the private sector and commitment to continued market-oriented reform and further opening-up will likely provide a fundamental boost to business confidence and market sentiment. This message can be enhanced greatly if the government announces a few landmark cases of state-owned enterprises mixed-ownership reform. The upcoming Central Economic Work Conference and commemoration of China’s 40 years of reform and opening-up in mid-December may be the occasion for such announcements.

In fact, the Politburo meeting just sent a clearer and stronger easing signal to intensify reform and opening, strengthen support for SMEs and private sector, and boost capital market sentiment. President Xi Jinping’s speech this week showed clear and explicit support for the private sector. We think the upcoming Central Economic Work Conference and commemoration of China's 40 years of "reform and opening" in mid-December may be important occasions for more such measures & announcements.

Some solution or clearing of the stock-pledge overhang in the A-share market would also be a big positive.

Of course, if the upcoming meeting between President Xi Jinping and U.S. President Donald Trump in late November leads to a de-escalation of the trade war, or at least a truce that prevents tariffs from going up further, it will reduce the downward pressure on the Chinese economy and boost market sentiment significantly. We do not expect a major breakthrough or a grand deal in November, given the wide gap between the U.S. demand and what China can offer. That said, even an agreement to talk further and any toning down of the bilateral tensions will be welcomed by the market.

In the past few months, China has made notable moves towards opening domestic market further, which can be used as basis for the U.S. administration to claim an interim victory if it so desires.