By Dong Jing and Liu Jiefei 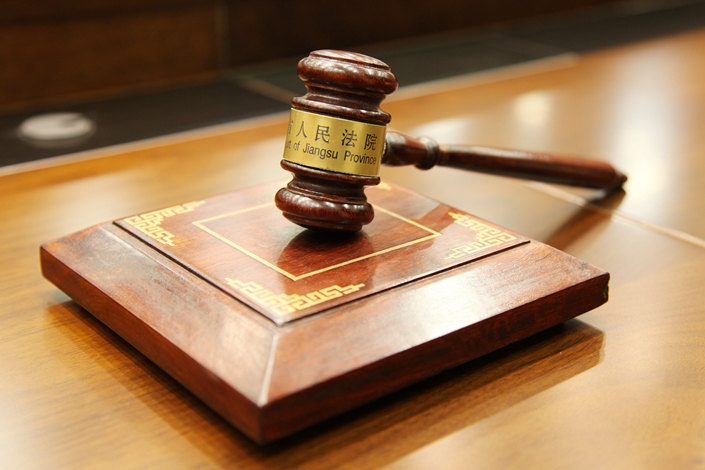 A senior official with the former insurance watchdog was officially charged with corruption by the top prosecutor Monday, five months after his onetime boss and longtime associate Xiang Junbo pleaded guilty to similar charges.

The indictment issued by the Supreme People’s Procuratorate, the country’s top prosecutor, said that Zhu abused his power from 2010 to 2016, including handing out jobs and promotions in exchange for bribes. The procuratorate didn’t reveal the size of the bribes.

Zhu became Xiang’s secretary while he was chairman of the state-owned Agricultural Bank of China. When Xiang was made CIRC chairman in 2011, he brought Zhu with him — the younger man was first his secretary and later made general office deputy director in 2016 at the age of 37. The investigation into Xiang was officially announced by the Communist Party’s graft watchdog in April 2017. There was no official announcement of the investigation into Zhu.

Born in 1979 in the eastern province of Anhui, people close to Zhu described him as highly capable and emotionally intelligent. He obtained a doctorate degree in finance in 2003 from Wuhan University, one of China’s top universities, and went on to co-edit a series of books on financial derivatives. He was awarded the “May Fourth Youth of The Central Government Medal” for “serving the people, being practical and incorruptible” in 2010.

His career came to an end in 2017 when the investigation into Xiang was announced. During Xiang’s time at the CIRC, he was famous for introducing liberal rules that allowed insurers to issue by high-risk, high-yield investment products thinly disguised as insurance policies. Xiang plead guilty to abusing the various positions he had held in China’s financial system and receiving 19.42 million yuan ($2.8 million) of bribes.