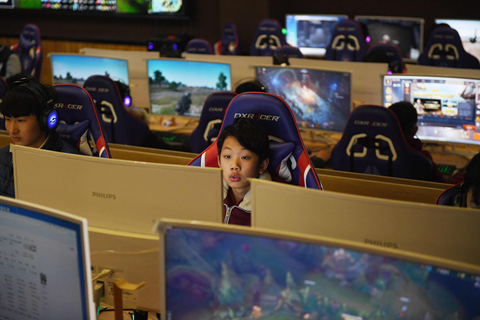 Chinese authorities approved a second batch of video games after a freeze for most of last year but once again left industry leader Tencent Holdings off the list.

China's broadcasting watchdog, the State Administration of Press, Publication, Radio, Film and Television, released a list of 84 new video games that have been approved. It is the second batch of approvals in a fortnight following a 10-month freeze triggered by a government reshuffle and concerns about gaming addiction among children.

Approval of new game publication was resumed in late December with a first batch of 80 titles.

However, neither of the two biggest players — Tencent and domestic rival NetEase Inc. — has appeared on the lists.

Chenyu Cui, senior analyst for gaming at IHSMarkit, attributed the absence of the big players to the relative complexity of its games, according to a Financial Times report.

“The recently (approved) games are not hardcore games; the content is not so complicated, so they can be reviewed more quickly,” the FT quoted Cui as saying. “Recent Tencent and Netease games are more hardcore, . . .  so require more reviewing and censorship.”

Tencent lost nearly a third of its share value last year from the January peak, partly due to the new-game freeze. Online games contributed 40% of Tencent’s revenues in the three months through September.