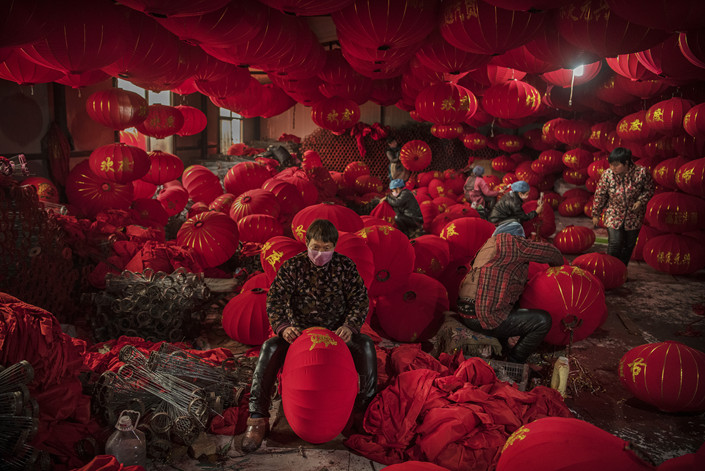 The Caixin China General Manufacturing Purchasing Managers’ Index (PMI), which gives a snapshot of operating conditions in the manufacturing sector, dipped to 48.3 in January from 49.7 the previous month, marking the weakest level since February 2016.

The Caixin index, one of the earliest available monthly indicators showing China’s latest economic conditions, is closely watched by investors. A reading of 50 divides expansion from contraction. The higher above 50 the faster the expansion, while the further below 50 the greater the contraction.

The downbeat PMI data came after the world’s second largest economy grew at its slowest pace in 28 years in 2018, amid a debt-cutting campaign and the ongoing trade conflict with the U.S.

“On the whole, countercyclical economic policy hasn’t had a significant effect,” said Zhong Zhengsheng, director of macroeconomic analysis at consultancy CEBM Group, a subsidiary of Caixin Insight Group. Over the past months, Beijing has made multiple efforts such as increasing government spending and cutting taxes in a bid to counter economic headwinds.

In January, new export orders received by manufacturers increased for the first time since March, when the U.S. threatened to levy additional tariffs on Chinese products following an investigation into China’s intellectual property practices. Zhong attributed the uptick in foreign demand to the recent truce in the China-U.S. trade war.

Yet amid muted domestic demand, total new orders decreased at the steepest rate in 40 months, while manufacturers’ production declined for the first time in 31 months, the survey showed. Soft demand also led to the first reduction in purchasing activity for 20 months.

On a positive note, the gauge for business confidence toward the 12-month outlook for production remained in expansionary territory and continued to rise, hitting its highest point in eight months.

The employment subindex edged up despite staying in contractionary territory, reaching its highest level in nine months, according to the survey. China has recently issued multiple preferential policies to stabilize the job market, including cash rewards for companies that lay off zero or few workers.

“China is likely to launch more fiscal and monetary measures and speed up their implementation,” Zhong said. “Yet the stance of stabilizing leverage and strict regulation hasn’t changed, which means the weakening trend of China’s economy will continue.”

China’s official manufacturing PMI, released by the National Bureau of Statistics on Thursday, picked up to 49.5 in January, just off a 34-month low of 49.4 the month before. Manufacturing accounts for roughly 30% of China’s gross domestic product (GDP), according to official data (link in Chinese).

The Caixin manufacturing PMI, sponsored by Caixin and compiled by data analytics firm IHS Markit Ltd., focuses on light industry, while the official survey focuses on heavy industry. The geographic distributions of the companies covered in the two surveys are different.

The Caixin China General Services Business Activity Index for January, which tracks the growing services sector, will be released on Sunday. The services sector, also known as the tertiary sector, contributes more than half of China’s GDP.