Didi Bit Off More Than It Could Chew With Foray Into Food Delivery, Analysts Say 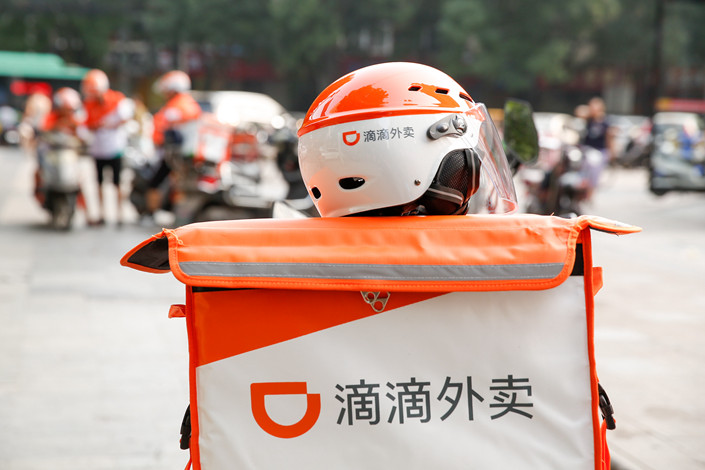 A courier for Didi Waimai, the food delivery service of taxi-hailing app Didi Chuxing, rides off on a delivery on July 23 in Zhengzhou, Central China’s Henan province. Photo: IC

When China’s dominant ride-hailing firm Didi Chuxing first launched its food delivery business in the eastern city of Wuxi, it was ready for a battle — it said that it would soon be operating in nine cities.

At the time, in April, Didi’s drive into a new sector was generally seen as a challenge to online-to-offline services provider Meituan Dianping, which earlier announced plans to start offering ride-hailing — thereby encroaching on a market in which Didi holds more than 80% of the market.

Meituan’s challenge also didn’t amount to much, with the company announcing in September that it would scale back its goals in the sector after burning cash on driver subsidies to challenge Didi. Its service now only operates in Shanghai and Nanjing, the capital of East China’s Jiangsu province.

Last week, Didi CEO Cheng Wei announced in an internal meeting that the company would overhaul its offerings by “shutting down or transforming” its noncore services to focus on its transportation business. Cheng also announced that Didi will lay off roughly 2,000 employees, around 15% of the company’s total corporate workforce.

“Food delivery is definitely one of its major so-called noncore businesses,” said Tang Xin, an internet analyst who works for a Shenzhen-based data company.

Didi Waimai, as well as its bike-sharing service Bluegogo, failed to fulfill the goal of synergy with its core ride-hailing business and cashing in on the company’s large user base, Tang said.

Didi become China’s undisputed ride-hailing behemoth after it bested rival Uber Technologies Inc. in 2016. However, its fortunes took an abrupt turn last year, after two passengers were murdered by their drivers within three months.

Didi’s shift to focus on its core business also comes as the company reportedly lost 10.9 billion yuan ($1.6 billion) in 2018 and spent 1.13 billion yuan on driver subsidies in the same year.

Didi declined to comment on this matter. But the company is no doubt in the red. In September, Cheng revealed that Didi lost more than 4 billion yuan in the first half of 2018. The biggest expense was driver subsidies, he said.

Didi Waimai and Bluegogo have also been expensive burdens for the company, said Wu Dong, internet analyst at Zhejiang University’s School of Management.

The food-delivery sector was highly competitive even before Didi moved into it in 2018, with the market having been dominated by Meituan and Alibaba’s Ele.me since 2017.

Wu said a key priority for Didi right now will be to lower its debt level by improving its ride-hailing business as it prepares for an upcoming public listing.