By Yue Quan and David Kirton 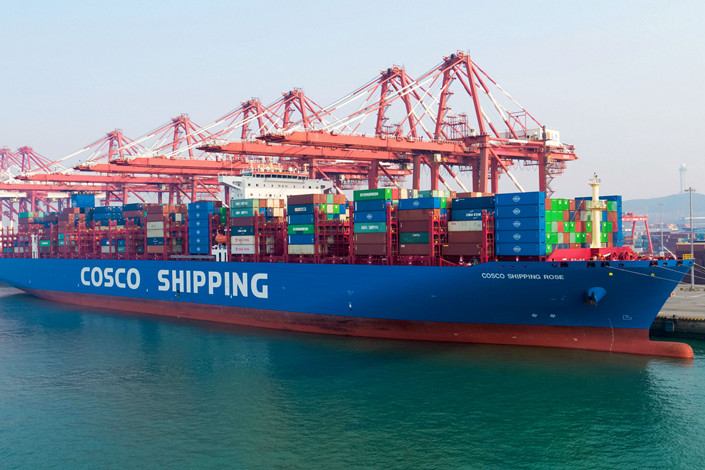 A Cosco Shipping cargo ship gets loaded with containers on Jan. 10 at the port of Qingdao in East China’s Shandong province. Photo: IC Photo

Like much of the shipping industry, Singamas Container Holdings Ltd. has faced turbulent waters in recent years as depressed market demand linked to a sluggish global economy, and rising prices for corrosion-resistant steel prices taking their toll on the company’s bottom line. Sailing was smoother in 2018, however, when its annual report showed the container businesses netted $72 million for their parent.

It is nonetheless withdrawing from its main container businesses in China. The company has agreed to sell five of its Chinese shipping container business units for approximately $565 million in a bid to get things shipshape, according to a filing with the Hong Kong stock exchange this week.

The Cosco unit, which was not named in the filing, will take 100% stakes in the five container units, namely Qidong Singamas, Qingdao Pacific, Ningbo Pacific, Singamas Container (Shanghai) and Qidong Pacific. The parent Singamas will use the proceeds to focus on researching and developing specialized containers, rather than the general use “dry freight” containers mainly used by the shipping industry, the filing said.

The move further consolidates the already airtight container market. Singamas already had a 20% share of the global container market, ahead of Cosco subsidiary Shanghai Universal Logistics Equipment Co. Ltd. with around 5%. While China International Marine Containers Co. Ltd. dominates the Chinese industry with roughly half of market share, Cosco has a 22.72% stake in the country, the second largest after China Merchants Group’s 24.58% stake, according to Cosco 2018 annual report.

Parent Cosco Shipping continues to be a major investor in global port infrastructure, agreeing to acquire a $225 million, 60% stake in the port of Chancay in Peru in January, and agreeing to spend $738 million on a new port in Abu Dhabi in 2016. However, earlier this month another of the company’s units said it will sell its stake in California’s Long Beach Container Terminal for $1.78 billion to address U.S. security concerns.