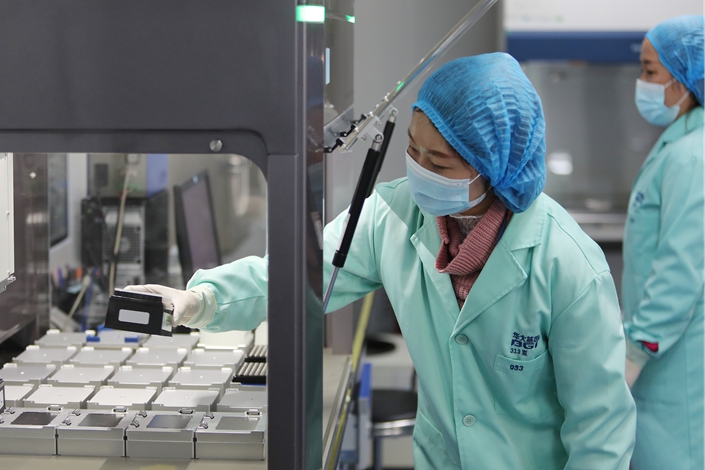 MGI was expected to raise as much as $1 billion or dispose of a 20% stake for funds ahead of a planned initial public offering (IPO), several private fund sources told Caixin earlier.

One source told Caixin this week that most of MGI’s clients have either been BGI’s affiliates or third-party gene companies backed by BGI. Those companies are contractually required to buy its DNA-sequencing machines. The source asked not to be identified as the information is private.

“BGI is selling the products in its internal side, while the market hasn’t recognized its products yet,” said another private fund source who asked to remain anonymous.

In addition, a slew of latecomers to the Chinese market are racing to shave market share off of BGI, which is China’s largest genomics company.

Direct Genomics rolled out its third generation DNA sequencer GenoCare in 2017, which was developed by a research team lead by controversial researcher He Jiankui.