A Look at Alibaba’s Next Generation

By Isabelle Li and Qu Yunxu 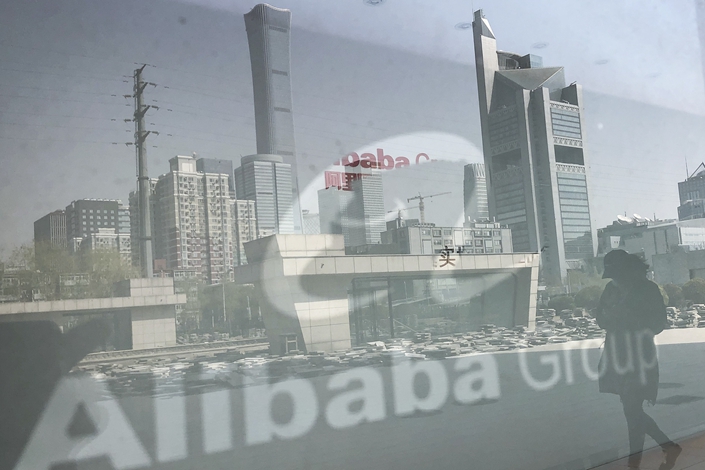 A team of young executives are being groomed to lead tech giant Alibaba Group Holding Ltd. as founder Jack Ma prepares to hand over the reins of his business empire to a new generation of leaders.

Last year, Ma announced that he would retire on Sept. 10, 2019, from the company he co-founded almost 20 years ago, passing the torch to the next generation of leaders led by current CEO Daniel Zhang. Ma will remain on the group’s board until 2020.

Since Ma’s announcement, the company has initiated two waves of personnel changes and corporate restructuring, starting late last year. In that process, two executives from Alibaba’s core e-commerce business and the affiliated Ant Financial have emerged as people to watch at China’s biggest e-commerce player.

One is Jiang Fan, the first Alibaba executive to head business-to-customer platform Tmall and customer-to-customer site Taobao at the same time.

The other is Hu Xiaoming, the new president of Ant Financial who formerly led Alibaba’s cloud computing unit.

Jiang, 34, is Alibaba’s youngest senior executive and widely seen as one of the company’s future leaders.

In early March, Taobao President Jiang was made president of Tmall when its former chief was named assistant to Zhang. Jiang then became the first executive to carry the responsibility of leading the two most significant platforms in Alibaba’s core e-commerce business.

Jiang’s promotion is part of a series of personnel moves since November as Alibaba seeks to unify the management of the platforms while enhancing their cooperation with online financial service provider Ant Financial Services Group, analysts said. Jiang’s main mission is to contain the rapid expansion of e-commerce rival Pinduoduo, Alibaba sources told Caixin.

Jiang founded analytics provider Umeng, which was acquired by Alibaba in 2013. After that sale, he joined Alibaba and led its efforts to shift to mobile-based services. The executive is known for his ability to launch new products and make adjustments quickly in response to market reactions. These are major assets in a fast-moving market, an Alibaba source said.

Since his appointment, Jiang has initiated a series of changes to improve the platforms’ search functions and their personalized product recommendations and has revived Tmall’s sluggish group-buying service Juhuasuan to win back price-conscious shoppers from Pinduoduo, sources said.

Out of the cloud and into fintech

Hu Xiaoming has served in a number of senior positions since joining Alibaba in 2005, both at the e-commerce giant and Ant Financial. Last November, Ant Financial tapped Hu to become its new president, filling the long-vacant position after the fintech firm’s valuation hit $151 billion.

Hu, now in his 40s, took over the job after three years at the helm of cloud computing unit Alibaba Cloud. The position had been vacant since former Ant Financial President Eric Jing was elevated to CEO in October 2016.

Prior to his tenure at Alibaba Cloud, Hu was Ant Financial’s chief risk officer from November 2013 to October 2014. Before getting into tech, Hu worked for more than 10 years at several financial institutions, including China Construction Bank and China Everbright Bank.

Under Hu’s leadership, Alibaba Cloud transformed itself from a technology-focused firm to a more commercialized entity. In the second quarter of 2017, its number of paid users surpassed 1 million for the first time since the business was established in 2009.

Ant Financial, which runs the online payment platform Alipay, has more than 700 million annual active users in China, according to the company’s latest earnings report.

Despite last year’s announcement of his retirement, Ma is likely to continue exercising influence after his official departure. There is a 38-person partnership that ultimately controls the group’s board, a mechanism that will allow him to retain power after his “retirement.”