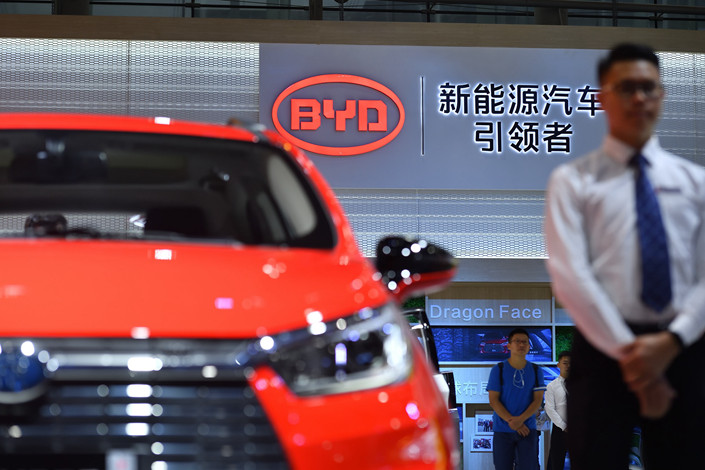 A joint venture of ride-hailing giant Didi Chuxing and electric-car maker BYD Co. Ltd. has not turned a profit in its first three years in business.

Shenzhen Didi New Energy Vehicle Rental Co. Ltd. was formed in 2015, with Didi holding a 60% stake and BYD taking the remaining 40%. Through 2018, however, the venture had yet to make it into the black. That year, it reported a net loss of 35 million yuan ($5 million) on revenue of 939 million yuan, Shenzhen-listed BYD said in a notice (link in Chinese) to the Shenzhen Stock Exchange.

Didi New Energy Vehicle was created to supply rental cars to drivers of ride-hailing platforms like Didi, the dominant player in the sector with more than 80% of China’s market share. The venture’s fleet consists entirely of electric vehicles, the majority of which were made by BYD, though some were manufactured by other automakers, like BAIC Motor Corp. Ltd. and Geely Automobile Holdings Ltd.

BYD and Didi Chuxing teamed up as the auto industry began to shift toward the pay-per-use model embodied by ride-hailing. Automakers, which had been reluctant to work with ride-hailing platforms like Didi, grew more open to such partnerships as they began to recognize the threat that ride-hailing posed to car ownership.

BYD is one of 31 automakers that signed a deal with Didi to form an “auto alliance” in April 2018. Under the deal, Didi promised to purchase cars from the automakers to expand its fleet in exchange for a vow to stay out of car manufacturing.