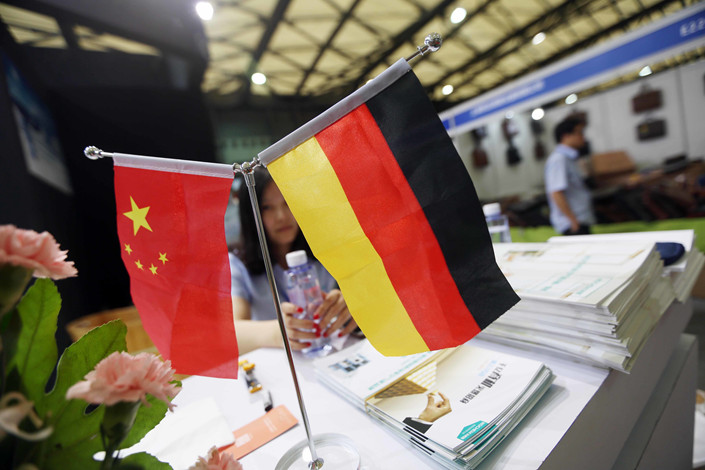 China’s direct investment in Germany slumped for a second consecutive year in 2018, the German trade and investment agency said, pointing to tightening over capital outflows and the weak yuan.

Chinese companies completed 188 greenfield investments in Germany last year, a decline of 13.8% from the previous year, according to a report released last Friday by government agency Germany Trade & Invest (GTAI).

Greenfield investment is a type of foreign direct investment where a company creates a subsidiary in a location in a foreign country where no existing facilities are currently present. It requires the company to build its own operations from the ground-up, including factories, offices and staff.

In 2017, Chinese companies completed 218 greenfield investments in Germany, a decline of 22.4% year-on-year.

Jürgen Friedrich, CEO of GTAI, told Caixin that the slump has come as China is tightening its foreign exchange controls and implementing a stricter approval process for outbound investments.

Last year’s decline put China in third place on the list of countries which made the greatest number of greenfield investments in Germany in 2018, following the U.S. and Switzerland. It was in second place in 2017, and topped the list in 2016.

Since the fourth quarter of 2016, the Chinese authorities have enforced a series of measures to halt capital outflows including curbing domestic companies’ investments overseas and enhancing scrutiny over requests for foreign currency.

A bank industry source told Caixin that approval to get foreign currencies for investment projects currently takes two or three months in general. Caixin was told previously by a source at a Chinese private company’s foreign investment department that prior to the introduction of restrictions two years ago, the process took about two weeks.

Last year was bad for the yuan — it hit a 10-year low against the U.S. dollar in October — which may have also dampened overseas investment.

A GTAI officer said Germany is a popular destination for Chinese firms as it offers a favorable environment for research and development (R&D) and equal treatment with other local and international investors.

In 2018, Chinese investment in Germany’s manufacturing and R&D sectors rose 5% year-on-year, while 2017 saw a similar 4% expansion, according to GTAI.