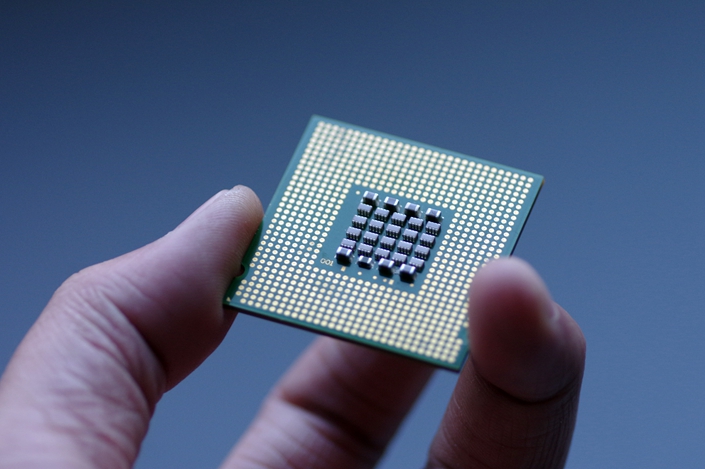 (Bloomberg) — As the U.S. crackdown on Huawei Technologies Co. ripples across the globe, one of the largest exchange-traded funds tracking chipmakers is feeling the heat.

The group of Huawei suppliers in the $1.4 billion iShares PHLX Semiconductor ETF (SOXX) accounts for 81% of the fund’s weight, according to Bloomberg supply-chain data. And the fact that the Chinese giant represents about 3% of the total revenue derived by SOXX’s holdings puts extra pressure on the fund ― which is on track for its worst month since 2008. The Philadelphia Semiconductor Index breached its 200-day moving average for the first time since February on Thursday.

Huawei, which the Trump administration has labeled a national security threat, is at the center of the American trade war with China. The technology behemoth faces multiple challenges such as the arrest of its chief financial officer, criminal charges and the prospect of being banned from buying American components. The U.S. is also considering widening the dragnet beyond Huawei by cutting off the flow of tech to as many as five Chinese companies.

Chipmakers “are on the front lines of the trade war, and the group’s volatility will be heavily influenced” by any developments between now and the next U.S.-China meeting, Evercore ISI strategists led by Dennis DeBusschere wrote in a note to clients.

Analysts now worry that the U.S. ban on Huawei could disrupt Apple Inc.’s supply chain, making its business in China more difficult. Goldman Sachs Group Inc. estimates that the iPhone maker’s earnings could take a 29% hit if the Asian nation were to retaliate. About 6.7% of SOXX’s revenue comes from Apple, and the company’s suppliers account for about 69% of the fund’s weight, according to Bloomberg supply-chain data.

“This isn’t like the old-fashioned steel company where you can throw up a new steel line in six months,” said Kim Forrest, chief investment officer at Bokeh Capital Management in Pittsburgh. “All of this is very unique, one-off stuff. Huawei will have to come to these suppliers. There’s very few replacements.”

President Donald Trump’s order banning sales to Huawei shows just how interconnected the global supply chain is, potentially hurting both domestic and international companies in the process. That’s made the semiconductor industry one of the biggest casualties in the trade war as Chinese technology companies are heavily reliant on imported chips.

The majority of companies in the VanEck Vectors Semiconductor, or SMH, are also suppliers to Huawei. The fund is poised for its biggest monthly decline on record.

The SOXX slumped as much as 3.2% on Thursday, joining losses in global stocks as the simmering trade dispute between the world’s two largest economies took a greater toll on markets.

“Until there is some sort of resolution to the ongoing and escalating trade tensions between the U.S. and China, semis, like a lot of other groups with exposure to China, are going to get whipped around,” Paul Hickey, co-founder of Bespoke Investment Group, wrote in a note to clients.