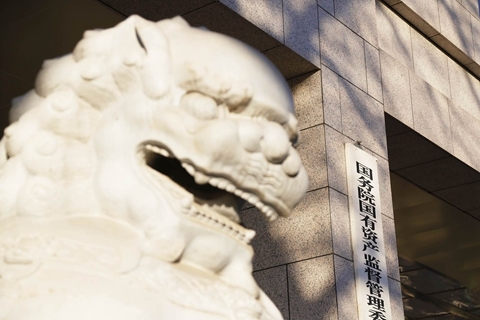 Each SOE should create a detailed punishment system for its employees, laying out clear categories of violations based on the scope of asset losses incurred through improper investment activities, accompanied by appropriate punishments, according to a notice (link in Chinese) published by the State-owned Assets Supervision and Administration Commission (SASAC).

The rollout of the new policy with a focus on individual accountability came on top of a document released by SASAC in July 2018 that specified standards and required responses for cases of illegal management and investment of state assets.

After a series of high-profile cases that resulted in large investment losses at SOEs, China has in recent months stepped up efforts to contain risks from the financial businesses of state-owned enterprises. In January, China Petroleum & Chemical Corp., better known as Sinopec, acknowledged that its wholly-owned trading unit Unipec had suffered large losses from trading oil futures contracts due to a plunge in crude prices. It did not disclose the extent of the losses.

After that incident, SASAC vowed that heading off risks from SOE investments would be one of its key tasks this year.

The latest notice emphasized the risks from overseas operations and deal-making and demanded that SOEs improve their accountability systems to prevent rule violations and losses in these businesses.

Overseas investments by SOEs have climbed steadily in recent years, as Beijing pushed Chinese companies to increase investment overseas as part of its “going out” policy as well promoting its Belt & Road Initiative to build infrastructure projects that would create new trading routes to Southeast Asia, Africa and Europe.

Overseas assets are a large share of many SOE’s total assets, especially for state-owned business in the areas of logistics and energy, said Zhou Lisha, an in-house researcher at SASAC.

But since each country in which these SOEs operate has its own legal system, Chinese regulators and SOE managers have founded it difficult to track improper activities that take place overseas and hold accountable those responsible, according to Hu Chi, another research fellow at the commission.

Though the notice emphasized the need to punish activities that result in losses, it also said SOEs should consider the circumstances on “case by case” basis. SOEs should make a distinction between cases where individuals knowingly committed acts that result in asset losses and those cases where losses were an inadvertent result of the inexperience of those involved, the notice said.