By Wu Xiaomeng and Ke Baili 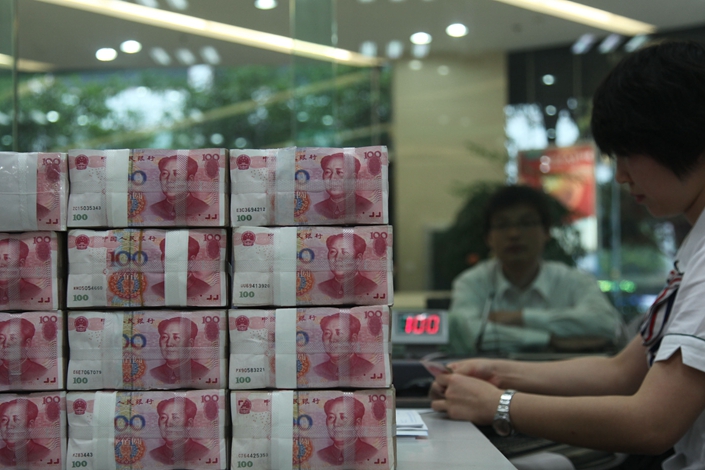 The city of Ningbo's banking regulator has advised local banks to accept more intellectial property and other intangible assets as collateral for loans to small enterprises. Photo: VCGc

Banks should accept more intangible assets like patents, trademarks — and even permits to drain sewage — as collateral for loans, Ningbo’s insurance and banking regulator announced on Thursday. The day before, the State Council, China’s cabinet, had called for more use of intellectual property (IP) as collateral nationwide.

China’s small and private businesses have been struggling as the economy slows and the trade war with the U.S. rolls on. A lack of acceptable collateral has been a key obstacle for many to get bank loans, and a campaign against financial risks has also squeezed alternative sources of credit in the shadow banking sector.

Despite a series of efforts by Beijing to help credit-starved small firms, their difficulties in obtaining financing and high costs have not been “fundamentally improved,” according to a report (link in Chinese) by China’s top auditor presented to the State Council earlier this week.

The report noted banks’ preferences for “hard” assets such as real estate for collateral, rather than “soft” ones like IP. But furthermore, using IP as collateral involves challenges in both valuing the assets and — if the debtor were to default — transferring ownership, Wang Xiao, head of Bank of China’s Ningbo branch, told Caixin. For now, the practice is fairly uncommon, Wang said.

The government could set up a group of experts that could help banks value such assets, Wang suggested. Banks would also have to consider which kinds of IP they could easily sell off if a business defaulted on loans, he said — in Ningbo for example, this might mean assets connected to the local car manufacturing industry.

Using IP as collateral for loans would also help strengthen IP protection and encourage innovation, according to the State Council statement. Loans made using IP as collateral would also be subject to more flexible oversight, the meeting said — if the nonperforming loan ratio of such lending were no more than 3 percentage points higher than a bank’s overall ratio, it would not be viewed as a negative factor during performance evaluations.