Hainan Eases Up on Restrictions to Boost New-Energy Car Sales

By Fang Zuwang and Yang Ge 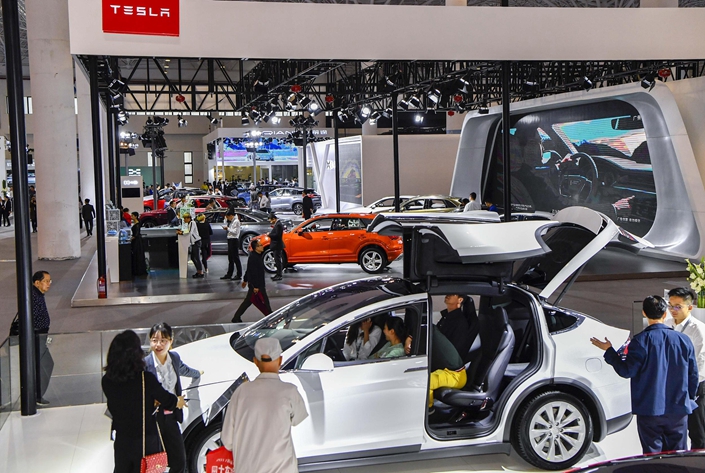 The move makes Hainan the third area in China to announce such measures for small new-energy cars, following similar moves in the southern cities of Guangzhou and Shenzhen. China’s state planner has been promoting such actions this year, most recently by calling on local governments last month to spur important areas of consumers spending, including car purchases. Earlier in the year, the National Development and Reform Commission also issued a broader policy calling for all cities that limit license plates to issue more.

The new guidelines in Hainan will relax application requirements and also the total number of applications allowed for small new-energy car licenses, according to a notice issued Sunday. The changes will mostly affect the number of applicants eligible for license plates.

Nonresidents living on the island will be one of the main groups to benefit from the new policy, with many previous restrictions on such people being scrapped. “This is equivalent to increasing the base of the group of people who can buy cars,” a new-energy car dealer in Hainan told Caixin. “If you were not qualified to buy a new-energy vehicle before, you can buy it now. In the long run, it will inevitably increase local sales of new-energy cars.”

After years of double-digit growth, China’s car market began to contract in the middle of last year as a slowing economy dragged on sales. At the same time, Beijing is strongly promoting new-energy cars, which include electric, hybrid and hydrogen-powered vehicles, as a way to clean up the country’s polluted air and foster development of cutting-edge technologies.

Unlike most Western countries, China rations the issue of new license plates in major cities in a bid to limit the number of cars on the road to ease congestion and pollution. Most of the time, licenses are issued via monthly auctions and lotteries, with demand in major cities like Beijing, Shanghai and Shenzhen vastly outstripping supply.

In order to qualify for previous license plate lotteries, people living in Hainan but lacking residency permits had to prove they had paid taxes for at least two years, or have paid social security taxes for at least 48 months or for 24 consecutive months over the last eight years. Even holders of local residency permits can only apply for one license for a small new-energy vehicle. But those requirements were lifted for small new-energy car buyers under the new rules.

The relaxed requirements also come as Hainan leads the charge to potentially become one of China’s first areas banning the sale of vehicles that run on traditional fossil fuels. In March, the province passed a formal proposal to start phasing out fossil-fuel cars used by government and Communist Party departments, with an aim that such vehicles should make up at least 10% of the total provincial fleet by 2020.

The province has also said it will ban sales of fossil-fuel vehicles to all residents in 2030.