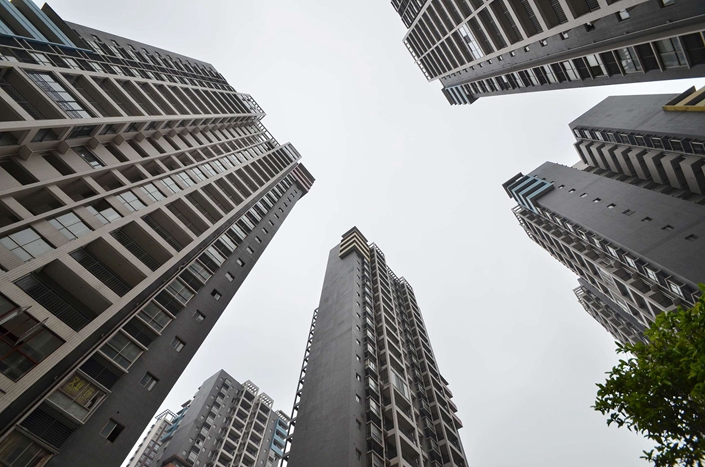 A CBIRC official said the regulator will provide guidance to trust companies on a regular basis from now on. Photo: VCG

A Chinese financial regulator has ordered several trust companies to ensure no growth in the outstanding amount of their real estate financing businesses at least through this year’s third quarter, Caixin has learned, as regulators worry about froth in China’s property market.

The China Banking and Issuance Regulatory Commission (CBIRC) summoned 10 trust companies to a meeting Wednesday where officials required the companies to get the scale and growth of their property financing businesses under control, Caixin has learned. Several of these companies, whose real estate investment portfolios had all grown rapidly, will have to wait for the regulator’s approval before they can have a net growth in their investments in real estate projects in the fourth quarter.

The CBIRC has taken a greater interest in trusts’ property investments in recent years as it looks to keep a lid on financial risk related to the real estate market. On Saturday, a CBIRC official who insisted on anonymity told a select group of reporters that the regulator had warned some trust firms about their rapidly growing real estate investments.

The official said the regulator will provide guidance to trust companies on a regular basis from now on.

For some of China’s 68 licensed trust companies, growth in their real estate financing businesses has exceeded their risk-control capabilities, the official said.

The CBIRC official said the tightening regulation on trusts’ property investments won’t do much to hurt developers’ ability to get financing because money from trusts only constitutes a fraction of developers’ funding.

Less than 4% of financing for developers comes from nonbank institutions, and trusts only make up a portion of that, Citic Securities Co. Ltd. analyst Ming Ming said in a note (link in Chinese) on Monday.

However, the tighter regulations on trusts’ investments in the property market will have an impact on other institutions’ sentiment, he said.

In a notice released in May, the CBIRC said it would toughen punishments on institutions that violate current property market policies, and bar trusts from providing illicit financing, including through loans and stake purchases, to unqualified property developers.

An earlier version of this story gave the incorrect number of trust companies ordered to ensure no growth in the outstanding amount of their real estate financing businesses. It was several. Ten trust companies were summoned to meet with regulators on July 3, though only several of these companies will have to wait for the regulator’s approval before they can have a net growth in their investments in real estate projects.