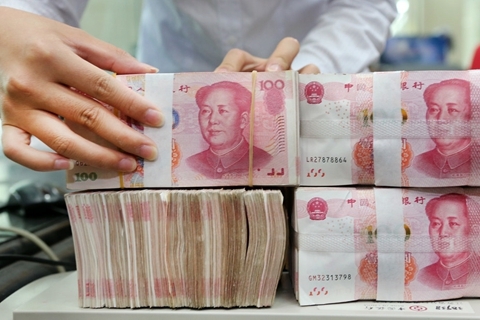 Chinese authorities criticized UCF Pay for several major failures to comply with regulations. Regulators ordered UCF Pay to rectify the issues, which is likely to cause significant impacts on the company’s business and financials, Chong Sing said in a statement. Chong Sing will evaluate the matter and release further information later, it said in the statement.

Established in 2007, UCF Pay had 5.4 million users at the end of March. With registered capital of 100 million yuan, the company handled transactions totaling 215.7 billion yuan during the first quarter, up 36% from a year ago. UCF Pay’s first-quarter revenue reached 115 million yuan, contributing 22% to the total revenue of Chong Sing.

It was another domino falling as troubles continued brewing for the sprawling conglomerate linked to the secretive tycoon Zhang Zhenxin. Even before the suspension, Chong Sing’s shares were nearly worthless, trading at HK$0.012 ($0.0015).

In May, Liaoning-based N-Securities, indirectly controlled by Zhang, fell under investigation by financial watchdogs. A senior manager of the company was later detained by police for alleged misconduct in the company’s bond business.

NCF later said its business remained normal but warned that defaults have occurred in some products. As of June 30, NCF’s major peer-to-peer lending platform had outstanding loans of 5.9 billion yuan from 140,000 individual lenders, data from the National Internet Finance Association showed.

NCF Group and Chong Sing are the two major business segments of UCF Holdings. Several sources told Caixin that the latest trouble for UCF Pay is related to NCF, without elaborating.

Caixin learned that the transaction settlement provider China UnionPay suspended part of UCF Pay’s services because of concerns about violations, barring the company’s access to some bank credit.

A person close to the matter said the problems with UCF Pay emerged early this year after several senior managers left the company. In March, the central bank’s branch in Dalian fined UCF Pay 420,000 yuan for business violations. The regulator and company didn’t provide any detail of the misconduct.