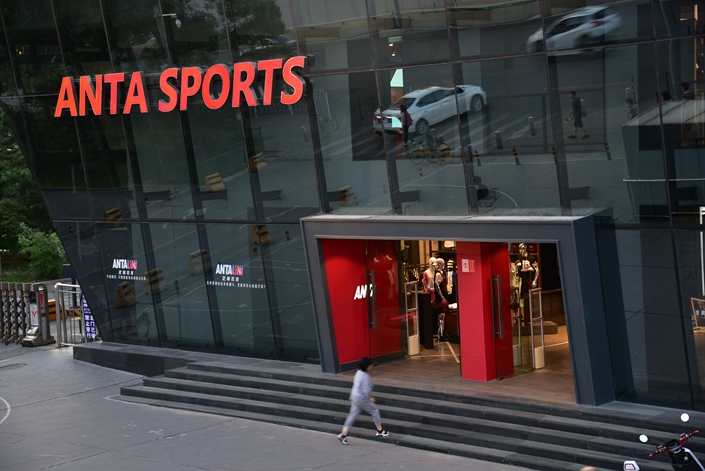 “The Board vigorously denies the allegations regarding the Group’s relevant transactions contained in the Report and considers them to be inaccurate and misleading,” Anta said in its second statement around noon.

That statement came on the heels of the second installment of Muddy Waters Research LLC’s report on the company. Anta had issued a similar statement to the Hong Kong exchange earlier in the day in response to the report’s first installment, which came out on Monday.

After the report went out, Anta’s shares in Hong Kong sank, forcing the company to suspend trading for the day. The stock closed down 7.3% on Monday

In the second installment of its report, Muddy Waters accused Anta’s management of bilking its investors by stripping the listed company of a valuable asset through a proxy “straw buyer.” The asset in question was Shanghai Fengxian, Anta’s international brand retail business, which had grown rapidly following Anta’s initial public offering in 2007. In May 2008, however, Anta announced that it was disposing of Fengxian at a price that Muddy Waters believes was “at a significant discount to its value.”

Furthermore, once the deal took place, the company that took over Fengxian went on to transfer it to yet another party before deregistering itself six months later, the report said. Muddy Waters then provided evidence that the party was an individual connected to Anta.

In the report’s first installment on Monday, Muddy Waters accused Anta of fraudulently boosting its profit margins by secretly controlling its distributors. According to the report, Anta mischaracterizes its distributors — which account for 70% to 80% of its brand sales — as independent buyers of its products. It’s a situation that makes Anta’s financial statements “unreliable,” the report said.

Founded in 1994, Anta began as a sport shoe and apparel manufacturer targeting lower-end consumers, but in more recent years it has successfully pushed into higher-end segments of the market, mainly by acquiring established global brands.

One such prominent global acquisition came last year, when Anta announced that it would lead an international group of investors in purchasing Finland’s Amer Sports Oyj. Early this year, Anta said it was set to close the $5.2 billion takeover earlier than expected after the deal cleared regulatory hurdles.

It is not the first time Anta has been targeted by short-sellers, which make money when the stock of their target company falls. Earlier this year, U.S.-based Blue Orca Capital LLC accused Anta of falsifying data for some of its business lines. And last year, Hong Kong-based GMT Research accused Anta of accounting fraud.