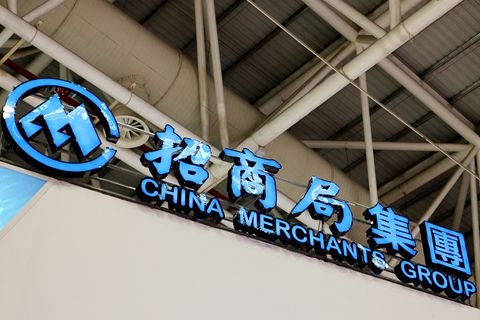 China’s shipbuilding industry is expected to usher in a rapid wave of consolidation as three more players are in talks to merge assets, Caixin has learned.

CMIH, which is controlled by state-run conglomerate China Merchants Group, will take over CIMC and AVIC INTL’s shipbuilding and marine engineering businesses after the merger. CMIH is expected to be the third-largest state-run shipbuilder in China, after the merged company of CSSC and CSIC, and Cosco Shipping Heavy Industry Co. Ltd.

If the three-way consolidation takes place, CIMC and AVIC INTL could reduce operational costs and even withdraw from the capital-intensive shipbuilding industry to focus on their core businesses, a person familiar with the development told Caixin. The person asked not to be named as the information was yet to be made public.

Shipping companies face headwinds from sluggish new orders and a market downturn. CIMC’s marine engineering business racked up losses of 3.5 billion yuan ($500 million) in 2018, widened from 1 billion yuan the year before, according to the company’s financial report.

CIMC mainly engages in production of containers, with marine engineering accounting for 1.7 % of 2018 revenue. The company’s marine engineering business owns three shipbuilding sites across the country for construction of semi-submersible drilling platforms and special-purpose ships such as oil carriers. AVIC INTL mainly engages in production and sales of high-end electronics. It owns two shipyards for chemical tanker manufacturing.

Since 2015 Beijing has embarked on an effort to consolidate the bloated state-owned sector to pare down leverage and increase global competitiveness. Most of China’s major state-owned enterprises were carved out of former monopolies that executed Beijing’s directives when the country’s economy was subject to a greater degree of central planning than today.

A number of major mergers have since taken place, including the deal between Shenhua Group Corp. and China Guodian Group Corp., which created the world’s largest power utility in 2017, as well as the union of chemical giants China National Chemical Corp. and Sinochem Group in 2018.

CSIC and CSSC were one conglomerate until 1999 when they were split in two. With China’s Yangtze River as a rough border, CSSC and CSIC operate businesses in the country’s south and north, respectively. The two companies’ combined assets are worth more than 500 billion yuan ($73 billion).

Currently, the leading nation in the sector is South Korea, where Hyundai Heavy Industries inked a deal in March to acquire Daewoo Shipbuilding & Marine Engineering. The move is expected to create a global naval and commercial shipbuilding giant with 20% of global market share, according to South Korea’s Yonhap News Agency.