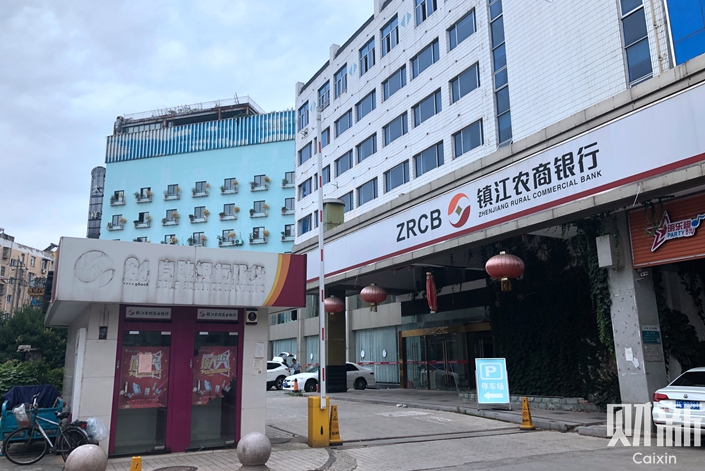 A rural bank lent hundreds of millions of yuan to a shareholder and two firms linked to shareholders in a possible violation of banking regulations, a Caixin investigation found.

Some of the companies involved have links to Wang Zhenhua, the property tycoon recently arrested on suspicion of child molestation.

The loans, made by the Jiangsu province-based Jiangsu Zhenjiang Rural Commercial Bank Co. Ltd., were guaranteed by a company called Zhenjiang Runzhong Consulting Services Co. Ltd., which was established with just 500,000 yuan ($72,730) of registered capital in March 2017, according to public records.

When Caixin called the contact number provided by Zhenjiang Runzhong to the Jiangsu market regulator — which Caixin discovered in nonpublic filings made to the regulator — the person who answered said she works for Zhenjiang Rural Commercial Bank and her managers had asked her to agree to her name being listed as the contact person.

The person said she isn’t involved in the operation of Zhenjiang Runzhong and knows nothing about its situation.

Zhenjiang Runzhong was likely set up to act as a middleman to circumvent the banking regulator’s rules against commercial banks accepting their own shares as collateral, even in disguise as counter-guarantees.

According to documents seen by Caixin, in March 2017, Zhenjiang Rural Commercial Bank lent 110 million yuan to a company linked to Changzhou Hualida Garments Group Co. Ltd., a Jiangsu clothing manufacturer that owns 5.96% of the bank’s shares. Runzhong acted as guarantor for the loan, while Hualida provided Runzhong with a counter guarantee backed by its shares in Zhenjiang Rural Commercial Bank.