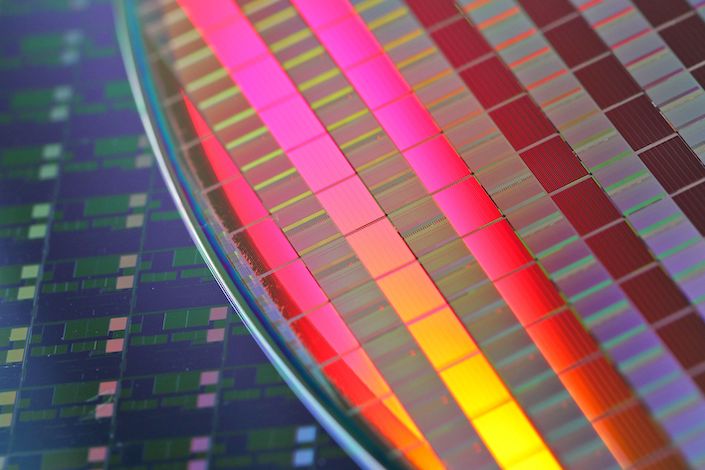 The world’s largest contract chipmaker expects sales of $9.1 billion to $9.2 billion in the September quarter, ahead of average projections for about $8.9 billion. The Taiwanese company earlier reported a drop in June-quarter net income to NT$66.8 billion ($2.1 billion), still topping the estimated NT$65.7 billion.

“We have passed the bottom of the cycle of our business and should see our demand increase,” he told reporters Thursday in Taipei. “We see very, very strong demand” in the second half of 2019.

As the world’s largest player in made-to-order chips, TSMC is a barometer for the broader industry as well as Apple, which accounts for about a fifth of its revenue. While uncertainty remains, its better-than-projected outlook underscores expectations the industry is bottoming out after a dismal few years, when consumers took longer to replace their smartphones and Bitcoin prices collapsed.

Orders for crypto-mining gear are expected to help TSMC’s third-quarter sales, according to Morgan Stanley, which recently lifted its target price on the stock by 9%. The typical year-end ramp-up of iPhone manufacturing and a new chip-product cycle from Advanced Micro Devices Inc. could also buoy the top line.

“The guidance shows that management is confident on the recovery of demand in the second half, possibly boosted by new orders from AMD,” Bloomberg Intelligence analyst Charles Shum said. “And, we expect the gross margin can return to 50%” by the fourth quarter.

TSMC and its industry peers are grappling with a plateauing smartphone market, efforts by top customer Apple to move beyond hardware, and U.S. tech-export curbs that have hammered No. 2 customer Huawei. It previously reported a 4.5% slide in first-half revenue — its worst January-to-June performance since 2011.

The company signaled its intention Thursday to invest for the future, saying its spending on capacity and upgrades could exceed $11 billion this year.

TSMC’s shares stood largely unchanged before the announcement and have gained more than 12% this year.