Factory That Blew Up, Killing 15, Had Won Multiple Safety Awards 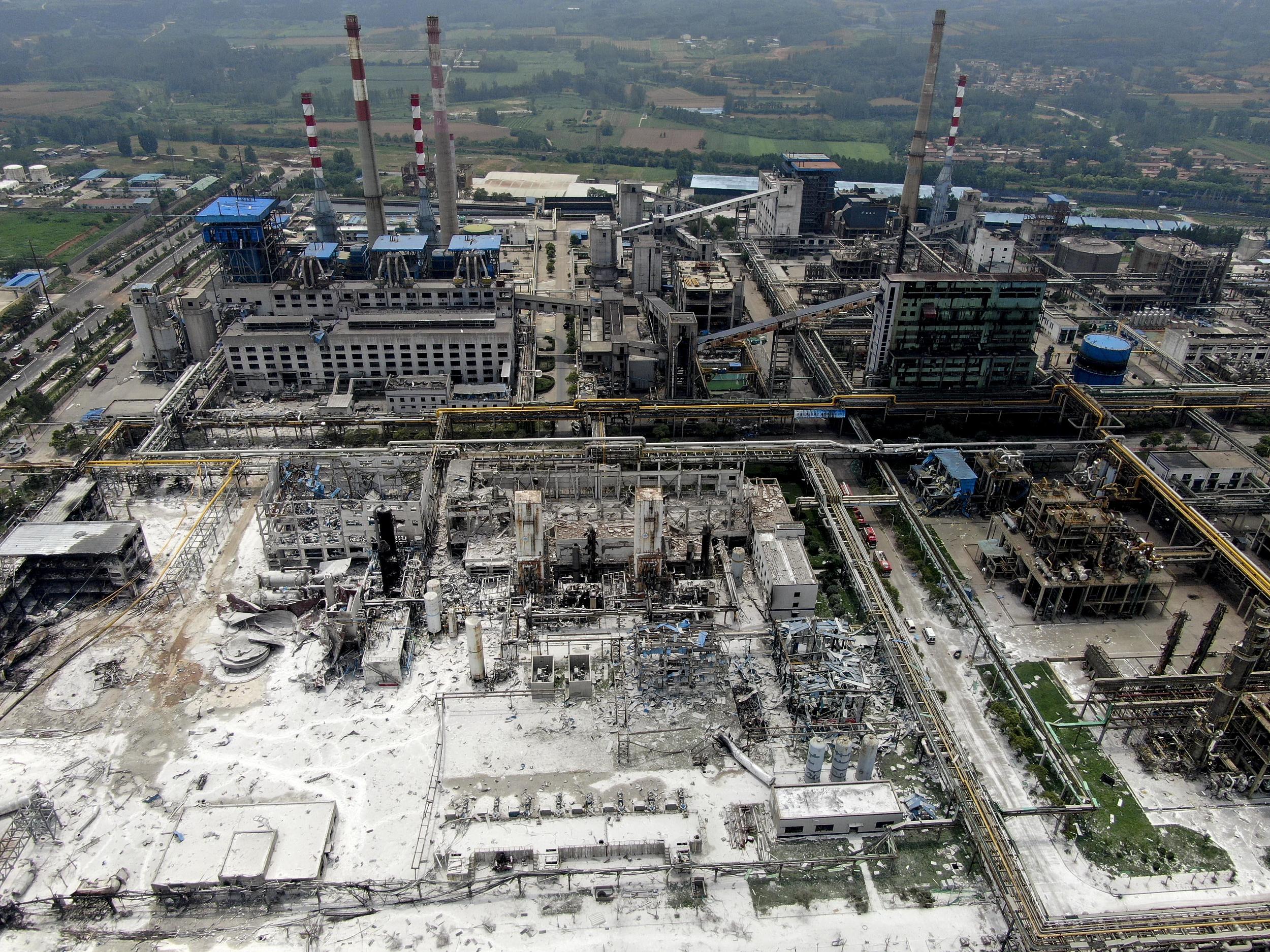 The gas factory rocked by a deadly blast Friday in Central China had repeatedly been lauded by officials for its safety practices, Caixin has learned.

An explosion at a factory in Yima, Henan province, had left 15 people dead as of Saturday night, local authorities announced. Hundreds of people have been injured, with 15 in serious condition, state media reported (link in Chinese) Monday. An official investigation into the causes of the explosion is under way.

The factory, owned by Henan Coal Gas Group, had received a China Chemical Safety Association award in January for an “extraordinary contribution” to chemical industry safety standards, according to a Jan. 10 announcement (link in Chinese) on the Yima government website.

Ten days before the explosion, the factory had made Henan’s provincial list of top safety-compliant workplaces. On July 9, the Yima factory became one of 72 Henan businesses officially considered “province-level benchmark enterprises” for risk prevention.

On July 16, three days before the blast, officials from Sanmenxia city, which administers Yima, had visited the plant to inspect its safety systems, according to the Sanmenxia government website.

In addition, the factory had held an emergency response drill on July 2, during which staff practiced what to do in the event of a liquid ammonia leak. According to the Chinese chemical industry website Chemnet, the drill involved nearly 140 people, including firefighters and emergency medical personnel. It was one of the biggest such drills ever conducted in the city.

At the same time, central government environmental protection officials writing in 2016 had warned that only one street separated the gas factories in Yima’s industrial zone from a residential area, “posing significant risk.”

A man surnamed Zhang, who ran a business near the site of the explosion, told Caixin “the glass has shattered in my home, the security gate has collapsed and the roads are in ruins.”

Another Yima resident, a woman surnamed Tang, said that while she lived far enough from the blast site to avoid any consequences “other than feeling the vibrations and a bad smell,” her friends’ homes had been destroyed. They were “currently homeless,” she said.

The Yima explosion occurred just four months after another major industrial disaster in East China’s Jiangsu province. In March, an explosion at a chemical factory in Xiangshui county, Yancheng, killed dozens of people.