Africa-Focused Chinese Handset-Maker to List on New Tech Board 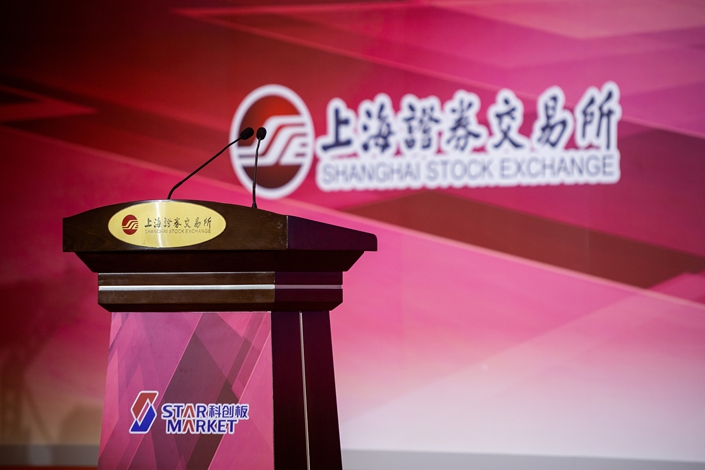 Transsion took the unusual strategy of ignoring the Chinese market and instead pushing into Africa. Photo: VCG

Shenzhen Transsion Holdings Co. Ltd., Africa’s No. 1 handset vendor, joined the wave of IPOs on China’s new Nasdaq-style high-tech board, as the Chinese company seeks to raise funds to fuel its international expansion.

The mobile-phone maker, which filed an initial public offering (IPO) application in March, won approval Tuesday to list on the so-called STAR Market, a filing released by the Shanghai Stock Exchange shows.

The company plans to raise as much as 3.01 billion yuan ($437 million) by offering no fewer than 80 million shares, according to the company’s prospectus. The company said it will use the proceeds to fund six projects involving the production and development of mobile phones and internet systems.

Before applying to list on the new board, the Shenzhen-headquartered firm had planned to go public last March through a reverse takeover of the Shenzhen-listed Shimge Pump Industry Group. The company abandoned the plan after Chinese President Xi Jinping proposed launching the board last November.

Transsion, which is touted as a successful “Chinese tech brand going abroad,” soon joined the rush to seek fundraising on the STAR Market — an alternative venue where Beijing hopes to entice tech giants such as Alibaba and Tencent to return from stock markets overseas.

Transsion took an unusual strategy of ignoring the Chinese market and instead pushed into Africa after it was founded in 2013. It soon achieved dominance there through an effective localization strategy that included phones with multiple SIM-card slots and camera applications that could better capture darker skin tones.

Low prices were also key. The average cost of Transsion mobile phones in 2018 was 183 yuan, much lower than 959 yuan for a Xiaomi, a homegrown rival which touts affordability as one of its selling points. Global rival Apple Inc.’s latest XS series launched with prices ranging between $999 and $1,449.

Transsion’s Tecno, Infinix and Itel handset brands boasted a combined 215.3 million shipments in 2018, leading the Africa market with a 48.7% market share, according to technology research group IDC. It was followed by Samsung Electronics Co. which held 10.27% and HMD Global OY with 6.78%.

Its success across the continent turned Transsion into the world’s fourth-largest phone-maker by shipments, just behind Samsung, Apple and Huawei Technologies Co. Ltd.

Transsion is further expanding its footprint in developing countries, building factories in countries such as India, Bangladesh and Ethiopia.