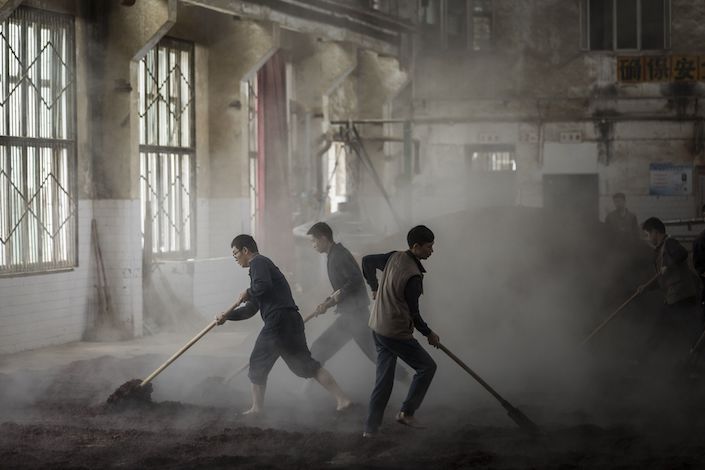 (Bloomberg) — One of China’s premier distillers is preparing to introduce the fiery liquor called baijiu, considered the country’s national tipple, to the rest of the world.

Wuliangye Yibin Co. aims to tie up with some of the world’s biggest beverage companies to introduce baijiu — a white spirit made from sorghum that’s popular at banquets in China — to drinkers from America to Russia, according to Chairman Li Shuguang. The rival to baijiu king Kweichow Moutai Co. is seeking other avenues of growth after the drink’s popularity at home propelled both companies’ shares by more than 60% this year.

“It will greatly help Wuliangye to go global,” Li said in an interview in Hangzhou, Southeastern China.

“We need to cooperate and communicate with the top players in the industry across the world to make Wuliangye an international presence,’’ he said.

A Diageo spokeswoman had no immediate comment. The owner of Johnnie Walker whisky and Tanqueray gin has a strong presence in China, with its own baijiu label, Shuijingfang, acquired in 2011.

Wuliangye, which generated all its revenue from China last year, plans to set up three major marketing centers in Europe, America and the Asia-Pacific region, targeting countries with local advantages. Li said he sees Russia as a strong possibility for growth.

“We are considering making investments and building plants in certain countries to combine China’s distilling technique with local resources,” Li said. “We’d like to sell westernized Chinese baijiu to more customers.” He didn’t provide a time frame for the investment plans.

Shares of Wuliangye slipped 0.5% on Wednesday, while Moutai fell 0.8%.

Wuliangye’s stock, which is included in the MSCI China Index, has more than doubled this year to an all-time high as baijiu is increasingly coveted by the country’s rising middle class. But selling baijiu’s unique flavor to drinkers in London and New York isn’t so easy.

Distillers, including Diageo, have tried in the past to make baijiu trendy around the globe, offering the drink at nightspots in major cities and sometimes mixing it with 7-Up to make it more palatable to non-Chinese. Baijiu can come in many styles, from light and floral versions to those with the bold characteristics of sorghum, with alcohol levels exceeding 50% by volume.

“While it is too early to gauge at this juncture if more non-Chinese drinkers will appreciate baijiu over time, more Chinese are traveling overseas, and they can create new sales opportunities for wholesalers and distributors in international markets,” she said.

Wuliangye’s Li said he hopes to boost baijiu’s profile by promoting standard certifications on baijiu’s distilling technology around the globe. As for Wuliangye’s rivalry with Moutai, Li downplayed the competition with the world’s most valuable spirits distiller, which surpassed Diageo’s market capitalization in 2017 and recently became China’s first 1,000-yuan stock.

“We don’t want to make simple comparisons with Moutai,” Li said. The two represent separate parts of the industry as the brands have different flavors, he said. “The two of us can join hands to significantly promote China’s baijiu.”