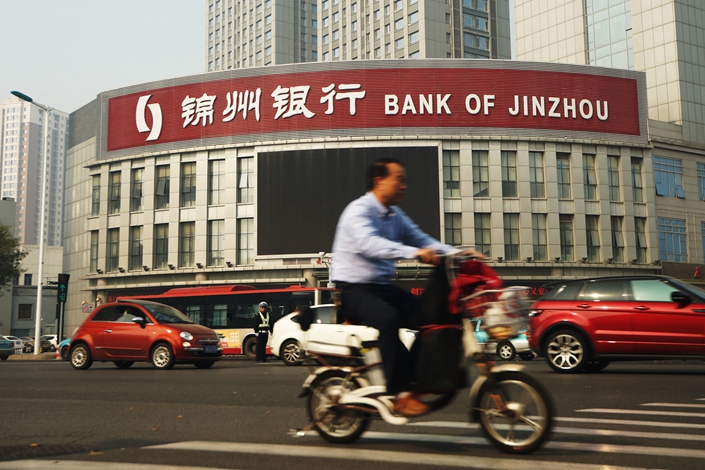 Jinzhou announced on Thursday that it was in talks with potential strategic investors, saying the talks were going smoothly under the guidance of regulators, without naming any investors. “No legally binding agreement” had been made between the bank and any of the parties involved at the time of the announcement, Jinzhou said.

Jinzhou’s Hong Kong-listed shares have been suspended since April because it was unable to produce a 2018 annual report. At the end of May, the bank’s auditors Ernst & Young Hua Ming LLP and Ernst & Young resigned, citing inconsistencies in the bank’s financial statements for 2018 that had made completion of the audit process impossible.

The bank also met with representatives from the central bank and the China Banking and Insurance Regulatory Commission on Thursday, sources said.

Smaller banks like Jinzhou have faced greater market scrutiny after regulators seized Inner Mongolia-based Baoshang Bank on May 24 citing “severe credit risk.” It was the first direct takeover of a private Chinese lender in 20 years, which sparked fears that the country’s small and mid-sized banks may struggle to survive slowing economic growth and a regulatory crackdown on non-performing loans.

In the wake of the Baoshang takeover, China’s central bank has moved to boost its liquidity support for smaller banks, guaranteeing 2 billion yuan worth of interbank certificates of deposit issued by Jinzhou in June.

ICBC Financial Asset Investment Co., which specializes in debt-to-equity swaps, will lead the strategic investment in Jinzhou, sources told Caixin. The value of that investment is currently unclear, as the size and condition of Jinzhou’s assets has yet to be determined in the absence of a 2018 annual report.

Based in Northeast China’s Liaoning province, Jinzhou Bank was founded in 1997 through an amalgamation of 15 credit cooperatives in the city of Jinzhou.