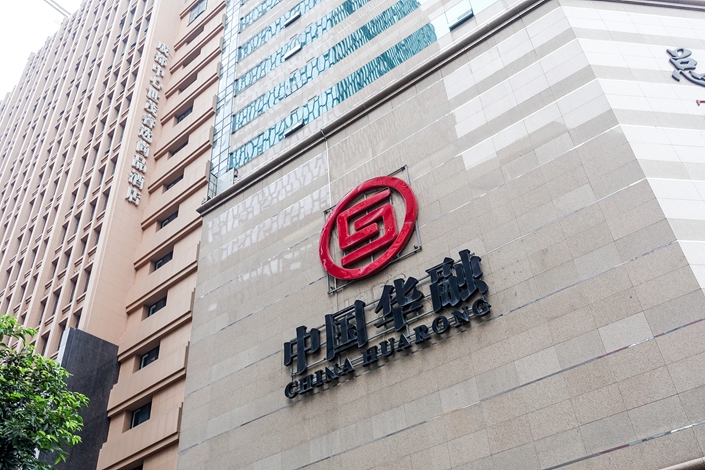 Huarong got the green light on June 28 to issue up to 30 billion yuan in bonds. Photo: VCG

China Huarong Asset Management Co. Ltd., one of the country’s “Big Four” bad asset managers, has received a “AAA” rating on its upcoming bond issuance despite the involvement of its former Chairman Lai Xiaomin in a corruption scandal, Caixin has learned.

The rating, which is the highest given for a bond issuance, was assigned by China Chengxin International Credit Rating Co. Ltd., multiple bond market sources said. The ratings agency has always given Huarong’s bond issuances AAA ratings. The agency said in its latest ratings report (link in Chinese) that it based its Huarong rating on the company’s operations and finances, as well as its ability to receive “continuous support from the central government.”

On June 28, Huarong got the green light (link in Chinese) from the China Banking and Insurance Regulatory Commission to issue up to 30 billion yuan ($4.3 billion) in bonds.

The bond sale will take place on the interbank bond market, with the issue price likely to be determined on Aug. 20, the sources said.

In February, Lai was charged with corruption, bribery and bigamy. After he was put under investigation in April 2018, investigators found that he had 270 million yuan worth of cash stashed at home, as well as 300 million yuan in bank accounts under his mother’s name, Caixin previously revealed.

Hong Kong-listed Huarong saw its profits collapse last year as it dealt with the fallout from a corruption and bribery scandal that has left Lai facing criminal charges. In 2018, the company’s net profit plummeted 94.3% year-on-year to 1.5 billion yuan, according to its annual report. The plunge came as Huarong’s revenue fell 16.3% to 107.3 billion yuan and its total assets shrank 8.6% to 1.7 trillion yuan at the end of the year.

Lai’s case, however, seems to have had little impact on the state-owned conglomerate’s ability to get financing. The Ministry of Finance, which held a 63.36% stake in Huarong at the end of last year, has been its controlling shareholder since it was founded in 1999, so it remains easy for the bad asset manager to raise funds despite the scandal.

In terms of bond issuance, the balance of Huarong’s bonds and notes issued as of the end of 2018 amounted to 353.3 billion yuan, a 6.4% increase year-on-year, its annual report showed.

During Lai’s tenure, Huarong underwent a radical transformation marked by a rapid expansion of its assets, liabilities and the scope of its business. The company grew into a financial holding group that engaged in a range of financial services, including securities, trusts, banking and financial leasing. After Lai’s case went public, Huarong tried to roll back many of the business lines and implemented more risk controls, Caixin learned earlier.