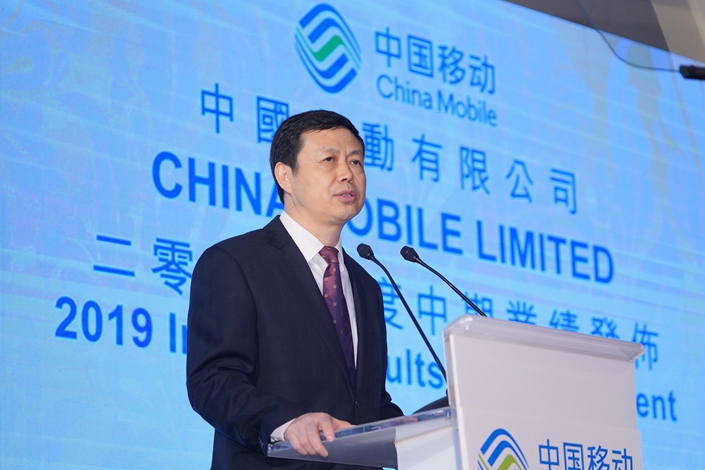 China Mobile Ltd., the world’s biggest wireless carrier by subscribers, said it is talking with a recently formed national cable TV operator about cooperation in upcoming 5G networks and services, as it looks for new income sources to jumpstart its stagnating revenue.

China Mobile controls about 60% of its massive home market, making it flush with cash for aggressive spending on a state-of-the-art 5G network that has become a recent top priority for Beijing. By comparison, China Broadcasting Network Corp. was formed only five years ago by cobbling together many of the nation’s regional cable TV operators, and is relatively cash poor.

China Mobile and its two peers, China Telecom Corp. Ltd. and China Unicom Telecommunication Corp. Ltd., all received 5G licenses when the regulator awarded them in June, a move that was widely expected. But many industry watchers were surprised when China Broadcasting also received a 5G license because the company is relatively cash-poor and also has little or no experience in wireless services.

China Mobile had previously made known its desire to work with China Broadcasting, even though Unicom and China Telecom opposed such a move. China Mobile Chairman Yang Jie told Caixin on Thursday that talks between the two sides have taken place on building and sharing 5G networks, but he added there is nothing to reveal just yet.

“Building and sharing 5G networks is something the nation also supports, and businesses are also quite willing,” he told Caixin on the sidelines of an event to discuss the company’s latest financial results, which were also released on Thursday.

A collaboration with China Broadcasting would give China Mobile access to one of the country’s biggest providers of programming via the former’s vast cable network. Such a tie-up could help to reinvigorate China Mobile’s revenues, which have stagnated in recent years as demand for its core wireless voice and data services starts to mature.

On Thursday, China Mobile reported interim results that showed the company’s revenue dipped by 0.9% to 204.4 billion yuan ($29 billion) in this year’s second quarter, while its profit plunged 18.8% to 32.4 billion yuan, according to calculations by Caixin.

China Broadcasting was formed in 2014 by combining many of the country’s regional cable-TV operators. It was originally set up to run cable TV networks, but was granted a license to operate internet and telecom services in 2016.

Before issuing 5G licenses in June, China’s telecom regulator called a meeting with each of the three big carriers’ top officials in charge of network construction, a source close to the Ministry of Industry and Information Technology (MIIT) previously told Caixin. China Mobile raised its hopes of working together with China Broadcasting on that occasion, even though Unicom and China Telecom opposed.