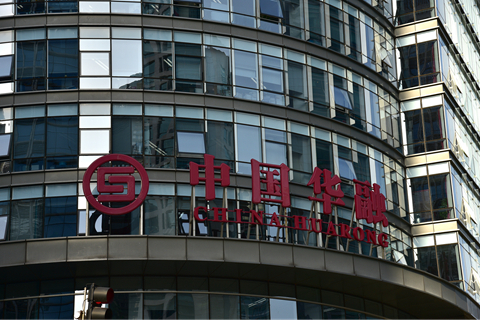 A unit of China’s state-owned asset manager China Huarong Asset Management Co. Ltd. was hit by a sell-off Tuesday in Hong Kong that pushed the stock down by as much as 60% to a historic low.

The stock finished the day at HK$0.33, down 45% from the previous close. The benchmark Hang Seng Index declined 0.23% Tuesday. The shares have lost 84.4% of their value since April 2018, rattled by a corruption scandal at the parent company that brought down former China Huarong Chairman Lai Xiaomin.

According to information provided by the trading system of Futu Securities International, Cornerstone sold a net 13.7 million shares of Huarong International Financial Tuesday, or about 0.38% of the shares outstanding.

It is unclear who were the actual investors selling Huarong International Financial’s shares through Cornerstone Securities.

China Huarong and subsidiaries have been rattled by graft investigations surrounding Lai over the past year. During Lai’s tenure, China Huarong underwent a radical transformation marked by a rapid expansion of its assets, liabilities and business scope. The company grew into a financial holding group that engaged in a range of financial services, including securities, trusts, banking and financial leasing. After Lai’s case went public, China Huarong tried to roll back many of the business lines and implemented more risk controls, Caixin learned earlier.

China Huarong recently forecast a net profit of 2 billion yuan for the first half this year, compared with 685 million yuan a year ago, reflecting a business recovery. The company is set to report earnings Aug. 28.