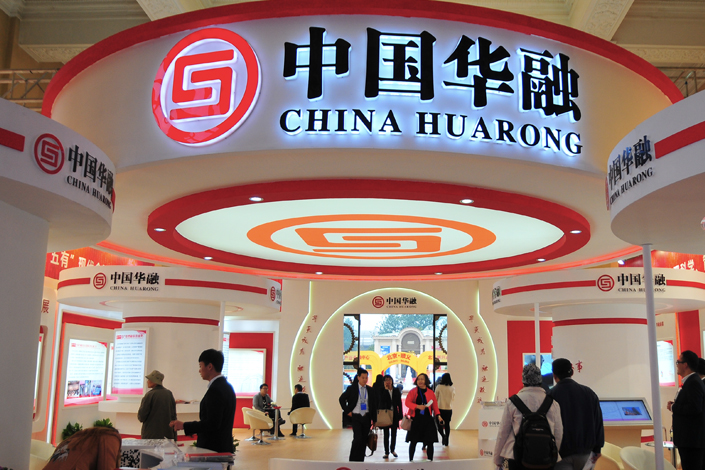 Seven former executives of Huarong-related companies have been under investigation since last year. Photo: VCG

The former chairman of Huarong Investment Stock Corp., a subsidiary of one of China’s four largest distressed-asset managers, has been charged by prosecutors with taking bribes and corruption.

Huarong Investment said in a November statement that Qin resigned as chairman of the board and as an executive director for personal reasons. He was detained by the authorities at the time under investigation as part of the corruption scandal at the parent company, Caixin has learned.

Qin, 47, was accused of using his positions as chairman of Huarong Investment and general manager of China Huarong International Holdings Ltd. to seek benefits for others, illegally asking for and accepting large amounts of properties and embezzlement of public properties, according to the indictment.

Qin has many years of financial experience. With a doctorate from Renmin University of China in Beijing, he had worked in several financial institutions. Before joining Huarong, he was executive president of ABC International Holdings Ltd., a wholly owned subsidiary of state-owned Agricultural Bank of China.

The indictment didn’t disclose the specific incidents or the total amount of money involved.

Sources close to the matter told Caixin that Qin was deeply involved in the subsequent handling of Lai’s leftover matters since Lai was arrested last November on corruption charges, including receiving 200 million to 300 million yuan ($28.3 million to $42.5 million) of benefits through arranging relevant transactions.

The extent of Qin’s alleged corruption has caused shock and fury at the anti-graft agencies, the sources told Caixin.

Seven former executives of Huarong-related companies have been under investigation since last year.

Then someone among the arrestees blew the whistle on more executives, including Huarong Huaqiao Asset Management. Co. Ltd. Chairman Yang Hongwei and Qin Ling, Caixin learned from the sources.

Qin’s father Qin Guangrong, former Communist Party chief of Southwest China’s Yunnan province, is also being investigated on suspicion of “serious violations of law and discipline” after surrendering to the Central Commission for Discipline Inspection, the ruling party’s top anti-graft watchdog announced in May.