Banks Urged Not to Drag Their Feet on Lending Rate Reform 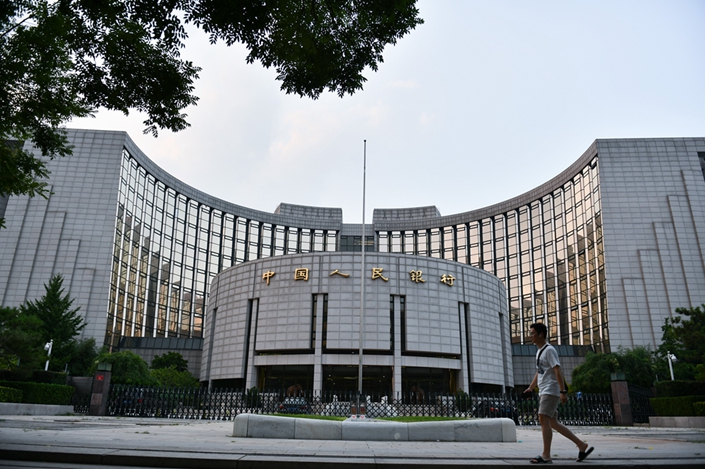 * Despite the urging of policymakers, many banks remain unprepared to price loans based on the new reference rates. An insider at a large bank said its lending department’s operations system and contracts haven’t yet been updated

(Beijing) — China’s central bank has given major banks a timetable for using recently revamped reference rates for pricing new loans, which its governor has publically pushed them to institute as soon as possible.

The urging signals that the central bank is eager for lenders to implement the new system, which policymakers hope will make the interest rates on bank loans more responsive to market forces and end up lowering borrowing costs for companies amid the economic slowdown.

The People’s Bank of China (PBOC) has instructed major financial institutions to ensure they issue at least 30% of new loans based on the national loan prime rates (LPRs) by the end of September, two sources familiar with the issue told Caixin. The central bank wants that number to be 50% by the end of December, and 80% by the end of March.

At a meeting Monday with senior officials from 24 major banks, PBOC Governor Yi Gang urged (link in Chinese) them to remove the implicit floor on lending rates and cut actual borrowing costs for businesses.

The PBOC had found that the previous system, based on its own benchmark rates, could be manipulated by commercial banks, some of which had been cooperating to create an implicit floor on rates to protect their own lending margins. Previously, some banks would not offer loans for less than 90% of the PBOC’s benchmark rates. The central bank has since banned this practice.

Whether a bank has participated in efforts to set a floor on loan rates is now part of the PBOC’s assessment for monitoring banks’ risks, Caixin has learned.

The new system breaks the implicit floor because the national LPRs will change every month, unlike the previous loan reference rates, said Zhong Zhengsheng, director of macroeconomic analysis with consultancy CEBM Group. The official benchmark rates have not changed since October 2015.

Despite the urging of policymakers, many banks remain unprepared to price loans based on the new reference rates, which were announced last week. An insider at a large bank’s lending department told Caixin that its operations system and contracts haven’t been updated for use with the national LPRs.

Banks may struggle if the central bank pushes them to adopt the new system too quickly, Wang Yifeng, the chief banking analyst of Everbright Securities Co. Ltd., said in a note last week.

As part of a years-long interest rate reform, the PBOC has revamped how the national LPRs are set.

The new LPRs, announced monthly, are set by taking an average of what 18 designated commercial banks quote for their own LPRs — the rates they charge their most creditworthy borrowers — after discarding the lowest and the highest quotes. Banks have to set their LPR quotes based on the rates of the medium-term lending facility, a kind of policy lending tool that reflects commercial banks’ cost of borrowing from the central bank. The first one-year national LPR came in at 4.25% and the five-year-plus one read 4.85%.

Although the PBOC has vowed to remove the implicit floor on lending rates, it has ruled out mortgage loans as a beneficiary in order to prevent the housing market from overheating. On Sunday, the PBOC announced (link in Chinese) that new mortgage rates for first-home buyers should not be lower than the national LPRs of the same maturity.