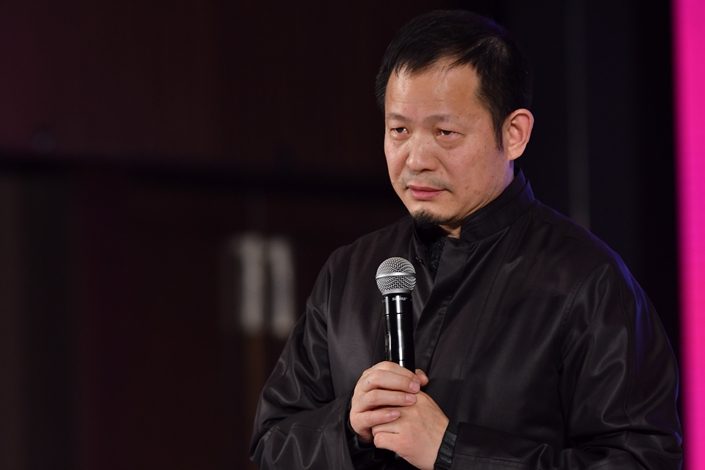 The controller of a peer-to-peer (P2P) lending platform has turned himself into Shanghai police and confessed to illegal fundraising, the authorities said, as scandals continue to plague a sector that has been subject to government crackdown.

Shanghai police have taken “criminal coercive measures” against Dai Zhikang, for his role in “illegally taking deposits from the public,” they said in a statement (link in Chinese) on Sunday.

Dai told police when he handed himself in on Thursday that he had embezzled investors’ funds and was not able to repay them, the statement said. In 2012, he was listed by Forbes as one of China’s 400 richest people, ranking 249th with an estimated wealth of $630 million.

Dai surrendered less than a month after Laocaibao, a P2P lending platform operated by a Zendai Group unit, stopped providing new loans by matching lenders and borrowers and another Zendai subsidiary that directed borrowers to the platform fired employees. Laocaibao managers told Caixin in August that they would issue a repayment plan in one to three weeks although investors may have to wait two to three years to get all their money back.

Laocaibao acts as an intermediary that matches borrowers and lenders and doesn’t use its own capital to make loans.

Dai handed himself in three days after issuing a statement (link in Chinese) on Laocaibao’s website in which he promised to make efforts to have borrowers repay lenders. He also promised not to flee.

At the end of July, Laocaibao managed nearly 5 billion yuan ($697 million) in outstanding loans on its platform, according to its website.

Dai, who began his career as a fund manager, moved into property development in the early 1990s. He founded Shanghai Zendai Property Ltd. in 1992 and expanded the businesses into finance, culture and health care. He gained a backdoor listing for the property company in Hong Kong in 2002 but sold his stake in 2015.

On Sunday, Zendai Property reiterated that Dai plays no role at the firm and it has no connection with Zendai Group.

The P2P lending industry has been struggling as the government has tightened oversight in recent years to curb abuse and fraud after billions of yuan of investors’ money was embezzled. The number of functioning P2P lending platforms has fallen dramatically over the past four years, standing at around 700 at the end of August, down from over 3,000 in 2015, according to data (link in Chinese) compiled by Wangdaizhijia, a website focused on the P2P industry.