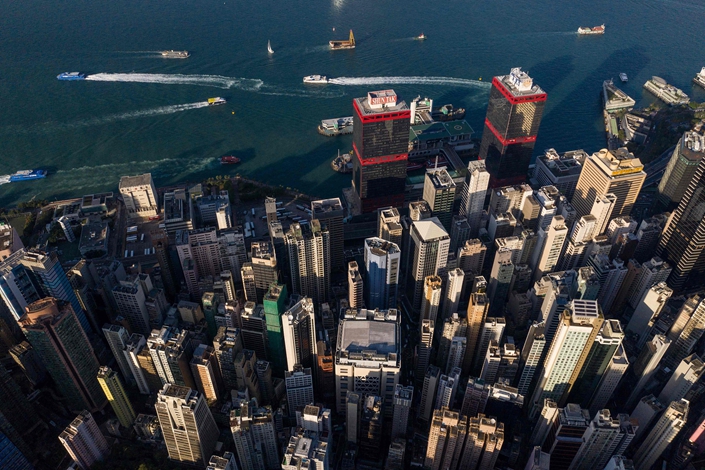 Hong Kong home prices and retail sales could drop by up to 30% and office rents could tumble even more, under a worst-case scenario described by investment bank JPMorgan taking into account recent unrest and fallout from the U.S.-China trade war in the former British colony.

Hong Kong has now experienced social unrest for the last three months from people unhappy with local governance. Their actions, some involving violent confrontations with police, have led to disruption at — and even the closure of — Hong Kong’s main airport, as well as disruptions of public transport. At the same time, the city whose economy depends heavily on trade between China and the rest of the world is taking a hit from declining U.S.-China imports and exports as those two countries fight a trade war.

Property stocks have already declined about 19% on average from peaks in April, JPMorgan wrote in the note dated on Monday, as investors fret about pressures on the local economy. The investment bank noted that the home price-to-income ratio now stands at about 14, or well above the longer term average of 10, following years of steady growth in Hong Kong property prices.

Government data show local home prices have risen 50% or more over the last five years alone, as strong interest from investors on the Chinese mainland helped to send up prices.

JPMorgan said it used the decline to 10 from the current 14 in home price-to-income ratio to determine its worst case scenario for a 30% drop in home prices. It envisioned a drop of up to 70% in tourism and a 10% decline in domestic consumption to calculate an equally dire 30% worst-scenario decline in overall retail sales. It also noted that a potential flight of multinationals amid a confidence crisis could cause office rents to decline 40% from current levels.

“The stress test assumptions — declines of 30% in residential prices, 30% in retail rents and 40% in office rents — are not our base case, but we believe looking through this lens helps to identify the stocks that still present considerable value despite the short-term depressed sentiment,” the note said.

Hong Kong’s official residential property index fell for the second consecutive month in July, and is now down 0.73% from an all-time high in May. An index for Class-A office space was down 0.65% in July from its recent peak, while rents for retail space on Hong Kong Island and the Kowloon area were down slightly in July from their peak. But a lag factor means the situation could be worse. Recent transactions in the residential market are now seeing discounts of 5% to 10%, and reductions of 10% to 40% are occurring in rental rates for retail space.

Continuation of the economic stress could also push up the local unemployment rate, which stood at 2.9% during the latest reading, to above the 3% level, the investment bank said, noting that trade-related jobs account for about 13% of the city’s total.