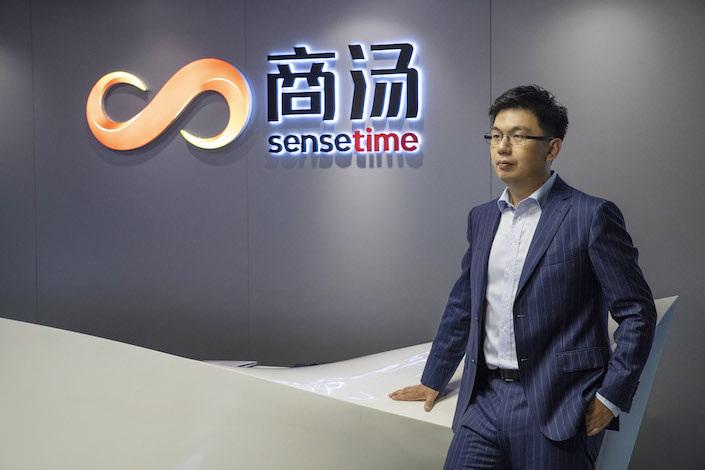 The Chinese startup has been hosting regular roadshows around the world to educate investors on a business that now runs the gamut from facial recognition to robot delivery, Chief Executive Officer Xu Li told Bloomberg’s Sooner Than You Think conference in Singapore. It’s using the funds raised to drive forays into areas such as semiconductors as it spent the past two years developing an artificial intelligence training chip that Xu said may complement industry-leading products from Nvidia Corp.

Backed by e-commerce giant Alibaba Group Holding Ltd., SenseTime is the largest of a clutch of Chinese artificial intelligence behemoths that may be in Washington’s crosshairs. The U.S. fears their close relationship with Beijing, but Xu said SenseTime doesn’t do business directly with the government and doesn’t own or access customers’ data. Collaboration with the public sector is focused mainly on developing a code of AI ethics, he said.

“Being a leading company, we should have the responsibility to collaborate with the government and regulator to come up with regulations,” Xu told the conference.

He emphasized that SenseTime will never try to access customer information, which belongs to the client. While it doesn’t sell directly to the Chinese government, its technology is employed by official agencies such as the police that buy its products through third parties, Xu said.

Chinese AI has raised hackles in Washington like almost no other segment of the country’s vast corporate machine, in part because of the welter of headlines proclaiming how it may soon surpass the U.S. AI is broadly defined as anything from autonomous driving and robot waiters to facial recognition systems. Names like Megvii Technology Ltd. and SenseTime are showing the way for the nascent industry — but some could become potential targets for an America-first administration.

SenseTime’s stupendous growth helps underscore the remarkable rise of Chinese technology — the company was most recently valued at $4.5 billion, according to CB Insights. Xu said the startup’s revenue is still growing at triple-digit percentages, though it remains cash-flow-negative because of the need to invest in new areas such as AI chip making. The company’s silicon is mainly developed in-house, but it’s also investing in startups involved in chip development, Xu said.

The AI giant is now shoring up its presence in Southeast Asia via Singapore, Xu told Bloomberg News. It plans to triple its staff in Singapore within three years to 300 people, Xu said. That’s a boost to the island nation, which is positioning itself as a hub for AI research and development as the U.S. and China spar over trade. SenseTime, which has the backing of state investment company Temasek Holdings Pte., moved into new digs this year and is collaborating with a local university as well as its education ministry.