By Yuan Ruiyang and Tang Ziyi 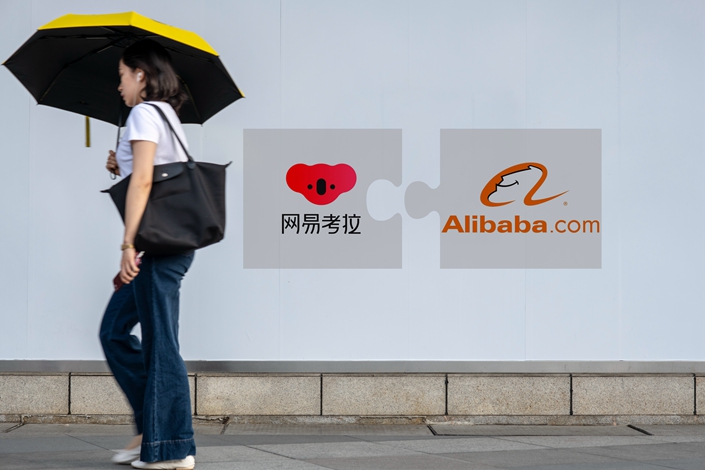 Kaola will continue to operate independently under its brand, according to the statement, while Tmall Import and Export General Manager Alvin Liu will take over as CEO.

Launched in 2015, Kaola carries more than 9,000 brands from 80 countries including apparel, maternity and infant care, household appliances, personal care and other products. According to iiMedia Research Group, the company held a 27.5% market share in cross-border e-commerce in 2018 and Tmall Global, for 25%.

Unlike Tmall Global, a marketplace that allows merchants set up their own store on the platform, Kaola primarily purchases its products from suppliers, stocks them and sells them to customers. The consolidation would help Alibaba integrate Kaola’s relatively stronger logistics and warehouse system into its logistics arm Cainiao Network Technology Co. Ltd., said analyst Lin Zhiyong in a research note.

Cainiao sources have previously told Caixin that the company was cooperating with Kaola.

Meanwhile the deal will let NetEase offload part of its low-margin e-commerce business and focus on its bread-and-butter gaming business.

NetEase’s e-commerce business, which incorporates Kaola and the e-commerce platform NetEase Yanxuan, contributed around one-third of the company’s total revenue. Growth of its e-commerce business slowed to 20.5% in the second quarter this year from 175% in the fourth quarter of 2017. The business has had an average profit margin of 10% over the past three years, lower than JD.com’s 13% to 15%.