By Liu Jiefei and Shen Fan 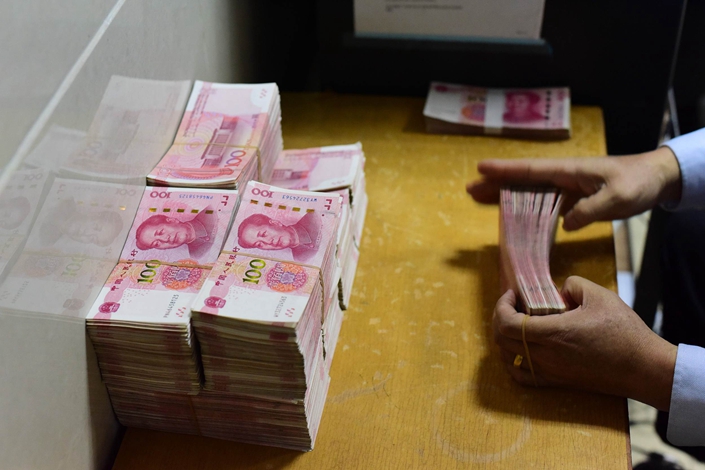 The impact of arrears can ripple through the supply chain, as many companies who can’t get paid are forced to delay payments to their own suppliers and take out loans to reduce financial pressure on their own businesses. Photo: VCG

China is stepping up measures to help millions of struggling small companies with new rules to curb abuse by government agencies, state-owned enterprises (SOEs) and large companies that will include forcing them to pay their bills on time.

Entities that abuse their power over small companies by delaying payment for goods and services will be named and shamed on the List of Dishonest Judgement Debtors, a court-administered blacklist, and could face fines of 100,000 yuan ($14,047) to 500,000 yuan. That’s according to a draft of rules on “Administrative Measures for Timely Payment of Small and Medium-Sized Enterprises (SMEs)” released Wednesday by the Ministry of Industry and Information Technology (MIIT) which is open for public feedback until Oct. 7.

The proposals aim to provide regulations and procedures for payment terms including delayed payments to stop the coercion of SMEs to accept unreasonable terms of business. They are the latest measures in a long-standing government strategy to promote the development and small and medium-sized enterprises (SMEs). Payment arrears have been a major worry for China’s small businesses for years but the problems have been exacerbated by slowing economic growth and increasing financial difficulties faced by both companies and local governments.

The Ministry of Finance issued a statement in December ordering administrative organs and SOEs to clean up their SME debts, and during the National People’s Congress in March, Premier Li Keqiang stipulated that more than half of outstanding SME debt should be paid off by the end of 2019.

From November 2018 to the end of June, government agencies and large SOEs paid off more than 380 billion yuan in arrears to SMEs and private companies, and central government-owned enterprises paid off 88% of their arrears, Xin Guobin, a vice minister at the MIIT, said at a press briefing (link in Chinese) in late July.

Although payment arrears are a common problem for companies all over the world, SMEs are usually affected more than large companies because they have less bargaining power to demand payment. In China, it usually takes SMEs 46 days to collect money they are owed, compared with 39 days for large enterprises, according to a report published in May by credit insurance and debt collection company Atradius N.V. SMEs also have a higher rate of uncollectable receivables compared with large firms and micro-enterprises.

“Over the past year there was a significant increase in the value of overdue and uncollectable invoices in China,” the report said, estimating that 41.7% of invoices issued in the manufacturing sector were overdue.

The impact of arrears can ripple through the supply chain, as many companies who can’t get paid are forced to delay payments to their own suppliers and take out loans to reduce financial pressure on their own businesses.

The MIIT draft follows calls by legislators in May for greater efforts to strengthen support for SMEs during a review of the enforcement of the Law on Promoting Small- and Medium-Sized Enterprises. The rules are aimed at addressing the lack of detail on regulating payment arrears in the law, which was revised in 2017 and implemented in 2018.

Government agencies and large companies will be required to make payments to SMEs within 30 days after the completion of a project, and even if contracts specify differently, payments should be made within 60 days. The draft notes as a “serious problem” the tendency for government agencies, SOEs and large companies to retain guarantees provided by SMEs on projects and orders them to be repaid within 15 days of work being verified and agreed.

Supervision of late payments will be allocated to departments or agencies who have overall responsibility for regulating the entities — for example finance or auditing departments will monitor late payments by government procurement agencies. Platforms will be built at the central government level to deal with complaints filed against central government-managed enterprises and at provincial level to deal with complaints against large companies in the region and local government agencies, according to the draft.

Shenzhen-listed Shandong Lipeng Co. Ltd. sued two local governments and one of their financing vehicles in June 2018 after they failed to pay a total of 363 million yuan (link in Chinese) on time for two projects the company carried out. The cases were later withdrawn after the defendants agreed to pay the arrears.