By Timmy Shen and Zhang Yuzhe 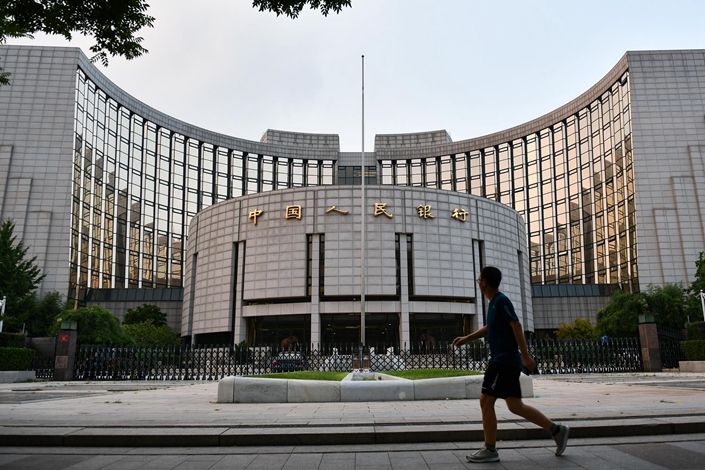 China’s central bank has appointed Mu Changchun, a deputy director of its payment and settlement department, as the new head of its digital currency research institute, a move widely interpreted as a sign of the imminent release of a digital currency by the People’s Bank of China (PBOC).

Mu said last month that the central bank would soon release a digital currency of its own — the fruit of five years of research and development — although he did not give a date.

Mu, a veteran of the Chinese central bank, has become the PBOC’s pointman on digital currencies and has taken on a much higher public profile since June when Facebook Inc. released a white paper outlining plans to create a cryptocurrency it named Libra. The U.S. social media giant’s proposal prompted the central bank to accelerate plans for its own digital currency.

The central bank’s foray into digital currencies began back in 2014 when it set up a research team dedicated to the subject. In 2015 the team put out a series of reports and in 2016 the central bank decided to set up a research institute. Yao Qian was appointed head of the institute in May 2017 and the organization was officially launched in December of that year. Yao has moved to the China Securities Depository and Clearing Corp. as its general manager.

Mu, 45, joined the PBOC in 1995 and worked his way up through the bank to become deputy head of the general administration department in 2015 and was appointed deputy director of the payment and settlement department in 2017.

Mu’s comments on Libra and digital currencies over the past few months have set out the PBOC’s views on an issue that has triggered extensive debate among the world’s central banks about the nature of such currencies, their impact on monetary policy and how they should be regulated.

In August, Mu outlined the PBOC’s plans in a speech at a conference in northern China. He said the central bank had come up with a system that suited China’s national conditions and which would help the currency gain acceptance.

Issuance will be based on a “two-tier” system where the central bank manages and guarantees the currency, issuing it to commercial banks and other institutions, who will then circulate it to the public, Mu said.

The currency will replace M0, cash in circulation, rather than M2, the country’s broadest measure of money supply that includes savings and time deposits, in order to avoid impacting monetary policy, he said. The digital currency and electronic payment system will not rely entirely on blockchain, the technology that underpins cryptocurrencies, because the technology cannot handle the enormous volume of retail transactions generated in a country as large as China, he said.

In a Caixin commentary in July, Mu said that Facebook’s Libra should be supervised by central banks. “The emergence and development of such a stablecoin (Libra), whether from the perspective of monetary policy implementation or macroprudential management, cannot take place without the support and supervision of central banks and incorporated into their regulatory frameworks,” he wrote.

“At the same time, taking into account the cross-border use of such digital currencies, we must prevent them from becoming monopolies,” Mu wrote in the commentary. “All of this requires supervision and cooperation of central banks and international organizations, something that may even lead to the emergence of an international central bank.”

Last week, Mu started a series of online audio “open classes” on Dedao, a popular podcast app, to explain the PBOC’s digital currency and electronic payment project as well as the potential threat posed by Libra. There is a charge for the classes and earnings will go to charity, according to the app.