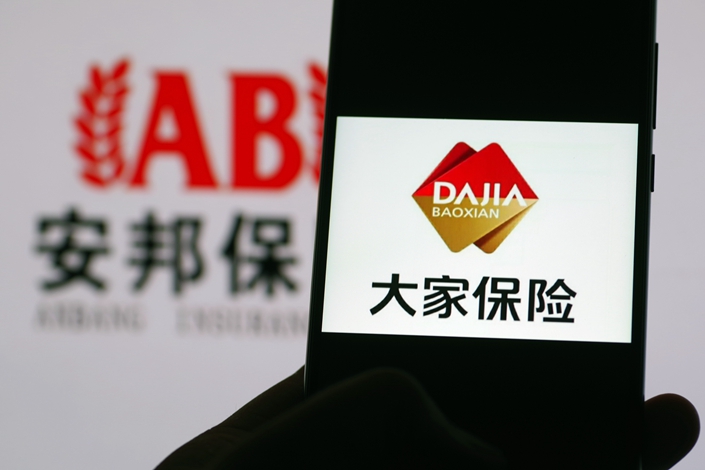 Dajia Insurance. formally set up in June, has taken over many of Anbang Insurance Group’s businesses. Photo: IC Photo

Dajia Insurance Group, the state entity created to take over some of the assets of troubled Anbang Insurance Group Co. Ltd., has used an unusual route to sell off one of its corporate shareholdings in order to skirt regulations limiting stock disposals by big investors.

Its subsidiary, Dajia Life Insurance Co. Ltd., effectively sold part of its stake in state-owned China State Construction Engineering Co. Ltd. (CSCEC) by swapping the equity for shares in three exchange-traded funds (ETFs), cutting its holding to 8.59% from 11.06%, the Shanghai-listed construction and engineering group announced (link in Chinese) on Thursday. Based on CSCEC’s closing share price that day, the stake is worth 5.9 billion yuan.

Swapping shares in a company for ETFs, investment funds traded on stock exchanges that track an underlying index, is increasingly being used by large shareholders to reduce their stakes in listed companies without violating restrictions imposed by the China Securities Regulatory Commission (CSRC) in 2017. State-owned oil giant China National Petroleum Corp., for example, made a similar transaction in April, when it cut its stake in its Shanghai-listed subsidiary PetroChina Co. Ltd.

The commission initiated the curbs on equity sales by major shareholders — investors who hold stakes of 5% or more — after the stock market meltdown in the summer of 2015 to prevent dumping that could exacerbate volatility and damage investor confidence. It imposed further restrictions in January 2016 and in May 2017. Under the rules, big shareholders are limited to selling no more than 1% of a listed company’s shares in the auction market every three months. They are also barred from transferring more than 2% of a company’s equity to a third party via so-called block trades, or privately negotiated transactions involving large amounts of securities, within three months. But the exchange of shares for ETFs does not appear to violate these regulations.