Alibaba Closes Deal to Buy a Third of Ant Financial 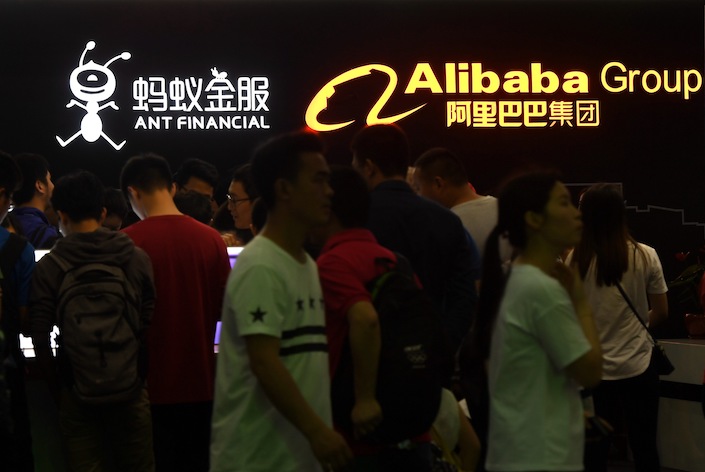 Alibaba received a newly issued 33% equity interest in Ant Financial, the e-commerce giant said in a statement Tuesday. Following the deal, Ant Financial will terminate a previous agreement under which it pays 37.5% of pre-tax profits to Alibaba, according to the statement. Ant Financial’s pre-tax profits were around $200 million in the last fiscal year.

Alibaba announced the equity purchase plan in February last year, but it took until now to clear regulatory procedures. The deal is pursuant to a 2014 agreement on the profit-sharing arrangement in the run-up to Alibaba’s initial public offering in the US.

The deal formally links the two tech giants and hints that a long-expected IPO of Ant Financial may be nearing, analysts said. The completion of the deal came just weeks after Jack Ma, founder of Alibaba and controlling shareholder of Ant Financial, retired as Alibaba’s executive chairman.

Grown out of Alipay, the online payment service founded by Alibaba in 2004, Ant Financial is now one of the world’s most valuable tech startups, valued at $150 billion in its latest funding round in June. Officially named Zhejiang Ant Small & Micro Financial Services Group Co., the company remains one of Ma’s most closely watched assets, tightly linked to Alibaba.

In 2011, Ant Financial was set up after Ma spun off Alipay from Alibaba to avoid regulatory restrictions on granting third-party payment licenses to foreign-funded companies. The move triggered controversy as foreign shareholders Yahoo! Inc. and Softbank Corp. objected.

By the first half of 2019, Alipay, together with digital payment partners, served 1.2 billion users globally, Ant Financial CEO Eric Jing said at an event Tuesday. Alipay had more than 900 million annual active users in China as of the end of June.

“Payment and financial services are very important pillars in Alibaba’s system,” he said.

Ant Financial and Alibaba have moved hand-in-hand in global investments including in India’s fintech startup Paytm. The equity purchase deal will place Ant Financial at the heart of Alibaba’s global portfolio that are collectively worth $83 billion, Chief Financial Officer Maggie Wu said.

"We expect (the deal) to see greater synergy coming from the whole Alibaba economy," said Wu.