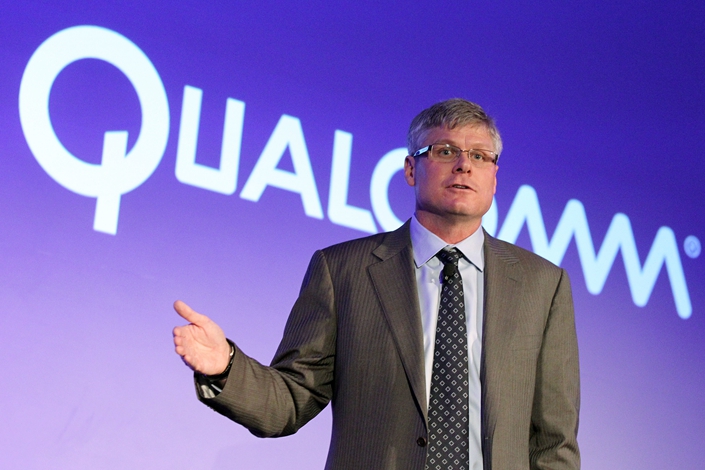 Qualcomm has continued selling some products to Huawei exempted from the ban on U.S. sales to the embattled telecom giant, and is now applying for permission to sell products in the longer term.

In May, Huawei was placed on the U.S. Department of Commerce’s “Entity List,” effectively banning U.S. companies doing business with it without government approval. The U.S. has argued that Huawei poses a national security threat due to its alleged close relations with the Chinese government.

About a week later, the White House granted a 90-day reprieve for Huawei to continue buying some U.S. products, which was then extended until Nov. 19.

“Every company, of course, has its restrictions as a result of the … regulations, but we have been able to resume shipments there (to Huawei), and we will … try to figure out how to continue that in the future,” CEO Steve Mollenkopf told Caixin in a media briefing at the company’s headquarters Monday.

Qualcomm has applied for the licenses needed to make sales over the longer term to Huawei, a company spokesperson later said, regardless of whether or not the U.S. reprieve expires. But the company has not been granted those licenses yet. “We understand that process may take some time,” the spokesperson said in a statement.

Qualcomm has continued to ship products that do not fall under the current export controls, the spokesperson said.

China is one of Qualcomm’s most important markets, where its clients include leading smartphone-makers such Xiaomi, Oppo and Vivo.

The Semiconductor Industry Association — a trade association of which Qualcomm is a member — sent a letter to U.S. President Donald Trump earlier this month, urging the White House to make good on its promise to ease the ban on sales, Bloomberg reported this month.

Xilinx Inc., a U.S. manufacturer of programmable chips, said in July that it had resumed some sales to Huawei.

Huawei has taken a hit from the U.S. government’s sanctions in recent months, with overseas smartphone sales affected by the ban’s impact on its use of Google’s Android operating system. Under the temporary reprieve, Google can continue providing key Android security updates to existing Huawei phones — but not new phones.

This story has been updated to include additional information for context and clarity.