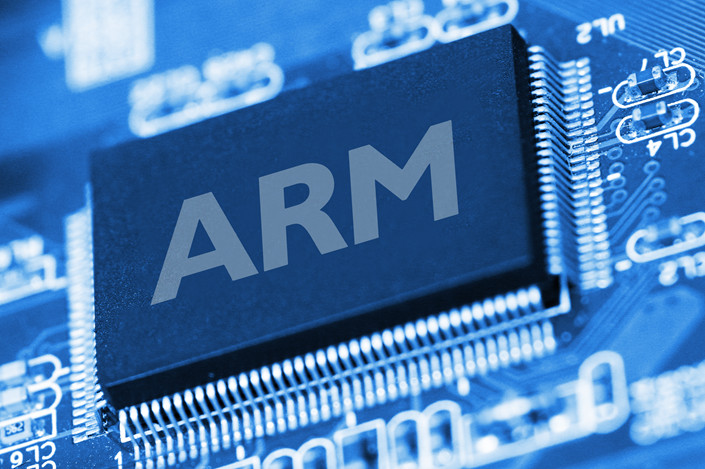 ARM said technologies it provides to Huawei come from the U.K. and won’t be affected by American sanctions. Photo: VCG

The U.S. hit Huawei with a trade ban after the Trump administration in May put the company on a so-called Entity List, effectively banning American companies from doing business with it without government approval. The blacklisting severed Huawei’s ties with major U.S. suppliers such as Intel Corp. and Google Inc. and forced the Chinese company to accelerate in-house development of alternatives.

After an assessment of ARM’s products and its partnership with Huawei, ARM concluded that the patents behind its major chip design architectures were based on technologies from the U.K. and thus will not be affected by the U.S. trade ban for business with Huawei and HiSilicon, Haas said.

Following the U.S. ban, ARM reportedly suspended part of its business with Huawei to assess the U.S. policy. In June, ARM President Graham Budd — who is also the company’s chief operating officer — told Caixin in an exclusive interview that ARM was evaluating its options and seeking a “swift solution” from policymakers.

ARM is a key technology supplier for Huawei as its architectures such as the V8 structure launched in 2011 are behind chips developed by Huawei’s HiSilicon, including the Kirin chip and those used in Huawei’s servers, cameras and routers. ARM’s designs are the basis of the central processing units in 90% of the world’s mobile handsets.

Huawei founder Ren Zhengfei told Caixin in an earlier interview that Huawei had obtained a permanent license for ARM’s V8 structure before the U.S. sanctions.

HiSilicon has taken part in ARM’s business development and will continue investing in the company, said Diao Yanqiu, chief information officer at HiSilicon. “ARM is our long-term partner,” Diao said.

ARM’s comment followed Qualcomm CEO Steve Mollenkopf’s statement Monday that the U.S. chip giant has continued selling some products to Huawei that are exempted from the government ban. Qualcomm has applied for the licenses needed to make sales over the longer term to Huawei, a company spokesperson said later.

Xilinx Inc., a U.S. manufacturer of programmable chips, said in July that it had resumed some sales to Huawei.

The White House in late May granted a 90-day reprieve for Huawei to continue buying some U.S. products, which was then extended until Nov. 19.

Chief executives of key Huawei suppliers in the U.S. — including Google, Broadcom Inc., Intel Corp. and Qualcomm Inc. — met with President Donald Trump in July to discuss economic issues including a possible resumption of sales to Huawei. U.S. companies argued that Huawei will turn to non-American suppliers if sanctions continued, hurting the U.S. in the long run.