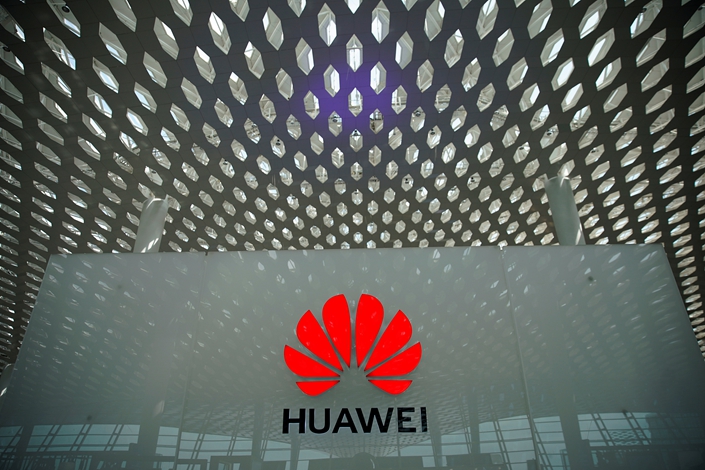 Shenzhen Transsion Holdings Co. Ltd., a Chinese phone-maker known for its dominance in Africa, is being sued for intellectual property infringement by rival Huawei just as it lists on China’s new high tech board, a source said.

On Sept. 23, a court in Shenzhen, South China’s Guangdong province, accepted an intellectual property case against Transsion and five of its subsidiaries, a source close to Huawei’s legal department told Caixin. The source didn’t specify the nature of the alleged infringements.

Huawei declined to confirm the report. Transsion didn’t immediately respond to a request for comment.

On, Monday, Transsion launched an IPO on the Shanghai Stock Exchange’s STAR Market. Its shares closed at 57.8 yuan ($8.1), after being floated at 35.15 yuan, raising 4.6 billion yuan. The IPO pushed Transsion’s valuation to around 46.2 billion yuan.

The case marks the latest intellectual property dispute in the ultra-competitive smartphone sector, where companies often use patent disputes as a weapon against their rivals. Notable cases include the lawsuit between South Korea’s Samsung and Huawei, and one between Apple and American chipmaker Qualcomm.

Transsion is the No.1 handset vendor in Africa, which is attracting major companies as more developed smartphone markets are showing signs of saturation. Huawei recently launched an online platform in South Africa, and Xiaomi established an Africa department in January.

Unlike most of its Chinese peers, Transsion has ignored the domestic market and instead focused on Africa since it was founded in 2013. It soon established a strong foothold in the market by selling cheaper phones, often using technology on which the patents had expired.

This means that Transsion hasn’t faced many intellectual property lawsuits previously. But as it develops its smartphone business and expands into markets with more mature patent systems, the possibility of it facing such lawsuits could rise in the future, said Bai Bo, president of intellectual property service provider TekGlory.

Currently, Transsion has obtained 630 patents and 286 computing software copyrights in China, according to its IPO prospectus. This is far behind rivals such as Huawei and Xiaomi, which each have over 100,000 patents respectively.

Transsion’s Tecno, Infinix and Itel handset brands boasted 215.3 million shipments in 2018, leading the Africa market with a 48.7% market share, according to technology research group IDC. It was followed by Samsung Electronics Co. which held 10.27% and HMD Global OY with 6.78%.